Advanced Micro Devices Inc. (NASDAQ: AMD) stock fell 1.12% (As on Jan 13, 11:03:16 AM UTC-4, Source: Google Finance) after analysts at KeyBanc boosted their rating and price target for the chipmaker, citing growth in data center demand and the impact of its $35 billion takeover of Xilinx. KeyBanc Capital Markets analyst John Vinh lifted his rating on AMD to ‘overweight’, with a price target of $155 per share, on the basis that demand for its data center chips should “meaningfully outpace” growth in the broader industry, particularly given the links to flexible CSP contracts with tech giants Microsoft. AMD’s pending takeover of Xilinx, which it expects to complete by the end of the current quarter, will add a new dimension of programable FPGA semiconductors to the chipmaker’s arsenal, Vinh noted, which will “position it well for the long-term transition to heterogeneous compute architectures.” 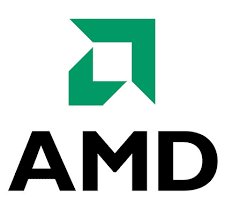 For the third quarter of 2021, revenue was $4.3 billion, up 54 percent year-over-year and 12 percent quarter-over-quarter driven by higher revenue in both the Computing and Graphics segment and Enterprise, Embedded and Semi-Custom segment.