AR101, being branded as Palforiza, was found effective in the intent-to-treat population of subjects, ages 4-17. FDA staff also delved on elevated discontinuations in the pediatric Palforiza group compared to placebo. 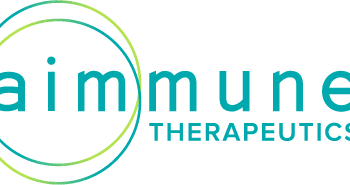 Meanwhile, as per the company over 30 million people across the U.S. and Europe suffer from food allergies. Among food allergies, peanut allergies are the most frequently occurring, causing serious outcomes and life-threatening events. About 3 million people in both the U.S. and Europe are allergic to peanuts, and there is no approved therapy to treat food allergies or prevent their symptoms. Aimmune’s therapeutic approach, Characterized Oral Desensitization ImmunoTherapy, or CODIT, desensitizes patients to food allergens, thereby preventing an allergic reaction or reducing symptom severity should an allergic reaction occur.

Further, AIMT’s lead product candidate AR101 is a biologic treatment option for peanut allergy. In mid-March, the FDA had accepted the Biologic License Application, or BLA, for AR101 to treat pediatric allergy in children and adolescents ages 4-17 under the 12-to-15-month standard review period. The BLA submission was underpinned by the pivotal Phase 3 PALISADE trial, which showed that treatment with AR101 resulted in a significant increase in the amount of peanut protein tolerated compared to placebo. Another Phase 3 study dubbed RAMSES vouched for its safety. After the acceptance of the BLA, the FDA completed all clinical and manufacturing site inspections. The final approval could take until January, as per the company. It has a commercial supply agreement with CoreRx with regard to AR101 that could ensure sufficiency of supply, including at the commercial launch.  Aimmune is looking to self-commercialize the drug in the U.S., with plans to hire 80 sales personnel, the company revealed during its second-quarter earnings call. Aimmune plans to target 1,300 allergists who treat an estimated 70% of the patients ages 4-17 with a confirmed peanut allergy diagnosis in the U.S.

Moreover, In June, Aimmune filed a marketing authorization approval with the European Commission for AR101 for the same indication. The agency has validated the application, with the review likely to take anywhere between 12 and 15 months. Aimmune also commenced a Phase 3 study of AR101 dubbed POSEIDON in December 2018 to evaluate its efficacy and safety in young peanut-allergic children ages 1-4.