American Eagle Outfitters Inc (NYSE:AEO) stock fell 9.62% (As on September 8, 11:27:59 AM UTC-4, Source: Google Finance) after the company posted lower than expected results for the second quarter of FY 22. Operating income was of $14 million included an approximately $30 million impact from higher end-of-season selloffs, $25 million from higher freight costs and a $9 million loss from Quiet Platforms, and compared to operating income of $168 million in the second quarter of 2021. Total ending inventory at cost increased 36% to $687 million compared to $504 million last year. From a brand standpoint, AE and Aerie each drove roughly half of the increase. Total units were up 22%, reflecting better in-stocks and earlier receipts due to improved flow across the supply chain. Store openings over the past 12 months across Aerie and Offline also drove a portion of the inventory increase. Ending second quarter inventory consisted of current BTS and fall merchandise. The company continues to make progress adjusting inventories lower to be in line with demand trends. Third quarter ending inventory is projected to be up in the mid-single digits with fourth quarter inventory expected to be down year-on-year. 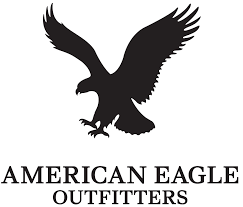