American Outdoor Brands Inc (NASDAQ:AOUT) stock fell 0.71% (As on September 9, 11:30:17 AM UTC-4, Source: Google Finance) after the company surpasses analysts’ expectations for the first quarter of FY 23. E-commerce net sales of $20.5 million, which were driven by increased direct-to-consumer net sales, grew by 23.7%, while traditional net sales of $23.1 million, which were impacted by lower foot traffic at retail and lower shooting sports sales to OEM customers, declined by 47.6%. Compared with pre-COVID levels in the first quarter of fiscal 2020, total net sales grew 31.5%, while e-commerce net sales grew by 92.2% and traditional net sales grew by 2.7%. Quarterly gross margin was 43.6%, compared with quarterly gross margin of 47.7% for the comparable quarter last year, a decrease driven primarily by lower sales volumes and increased freight expenses. Quarterly non-GAAP net income was $84,000, compared with non-GAAP net income of $6.8 million. Quarterly Adjusted EBITDAS was $1.4 million, or 3.2% of net sales, compared with $9.6 million, or 15.7% of net sales, for the comparable quarter last year 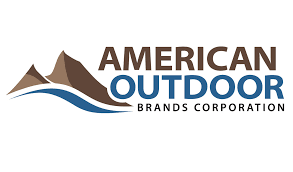 Additionally, Cash from operations exceeded $5.0 million, allowing the company to reduce the outstanding balance on the line of credit.  The cash balance of $17.5 million, combined with the capacity on the line of credit, provided the company with up to $72.0 million of available capital at the end of the first quarter, and a net debt leverage ratio of less than 0.1 times the trailing 12-month Adjusted EBITDAS.