Axonics Modulation Technologies Inc (NASDAQ: AXNX) stock lost over 2.5% on March 5th, 2020 (Source: Google finance) after the company posted lower than expected results for the fourth quarter of FY 19. The company has reported net loss for the fourth quarter of 2019 of $22.8 million, as compared to $9.7 million for the same period of the prior year. At the end of December, 2019, the company has generated cash, cash equivalents and short-term investments of $183.7 million as compared to $157.5 million at December 31, 2018. 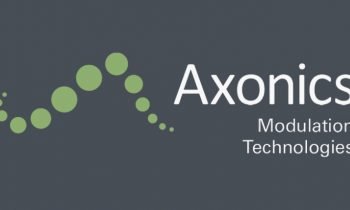 Moreover, in the fourth quarter of 2019, the company received the net revenue of the Axonics r-SNM System of aggregate $9.9 million. Net revenue was according to the Company’s pre-announcement from early January. The demand for the Axonics product in the United States was brisk during the initial launch period following U.S. Food & Drug Administration (“FDA”) approval on November 13, 2019, which had resulted in net revenue from the United States of $8.4 million, with net revenue from select European markets accounting for $1.5 million. Further, about 200 hospitals and ambulatory surgery centers had implanted the Axonics r-SNM System into patients in the months of November and December. A total of 35 hospitals in England, the Netherlands, Switzerland, Germany and Canada had implanted the Axonics r-SNM System in 2019.

In addition, the initial results of the U.S. launch had exceeded the company’s expectations on the back of he demand from SNM implanters for a long-lived innovative product, and also due to investment on hire and train over 145 U.S. sales and clinical specialists during 2019 in advance of FDA approval.

In January 2020, the FDA had approved an enhanced, second-generation Programmer for the Axonics r-SNM System under a premarket approval application supplement. The new Programmer is used to program the Axonics external trial neurostimulator as well as the implantable neurostimulator in both the procedure and post-operative environments.