Docusign Inc (NASDAQ: DOCU) stock continued its bearish momentum, and fell 0.3% on 8th June, 2020 (as of 11:39 am GMT-4; Source: Google finance) after the company for the fiscal first quarter has reported a net loss of $47.8 million compared to a loss of $45.7 million, in the year-prior period. Though the company has posted better than expected results for the first quarter of FY 21 and gave an upbeat forecast for the current quarter. The company’s sales comprised of $280.9 million in subscription revenue and $16.1 million in professional services and other revenue. DocuSign has generated billings of $342.1 million, up from $215 million a year earlier, while the FactSet consensus was for $285.1 million. This strong growth was on the back of used case expansion across a broad cross section of the installed base, as well as adoption by new customers. Strong sales led by the eSignature solutions also led to a 59% year-over-year increase in first quarter billings. DocuSign has added more than 10,000 net new direct customers in the first quarter as well as 58,000 self-service customers. The company’s operating cash flow in the first quarter increased about 30% year-over-year to $59 million, compared to $46 million in the same quarter a year ago. 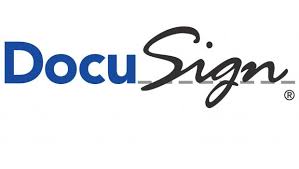