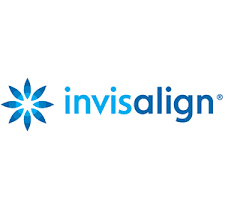 Additionally, in Q4’19, the company had repurchased approximately 389K shares of the common stock at an average price of $258.67 per share and have $100 million remaining available for repurchase under the May 2018 Repurchase Program.

The company expects first-quarter earnings to be in the range of $18.65 to $18.74 a share, including a $17.70 a share for a one-time tax benefit. The company expects first-quarter revenue to be in the range of $615 million to $630 million. Align said that because of coronavirus concerns it is forecasting lower revenue for China, which is the company’s largest market and represents about 8% of its total revenue. Further, for Q1’20, the company’s outlook reflects approximately 20,000 to 25,000 fewer Invisalign case shipments and approximately $30 million to $35 million less revenues for Invisalign and iTero products sold in China. The company will also be absorbing $3 million to $4 million in idle China plant capacity costs which we expect will result in approximately a 0.5% gross margin impact. In addition, for the first quarter 2020, the company expects Non-GAAP operating margin to be in the range of 19.5% to 20.5%.