Bitcoin fell during the Asian session on Monday as investors processed the possibility of a negative outcome from this week’s US-China trade negotiations.

The benchmark cryptocurrency plunged by 0.38 percent to $7,830 as of 06:50 GMT. Earlier in the morning, it had established an intraday low at $7,762.35, bringing its net month-to-date losses to 9.05 percent. Meanwhile, the swings below the $8,000 level heightened the possibility of bitcoin’s extended breakdown. Analysts believe the cryptocurrency could target the $7,000-7,500 range in the coming days. 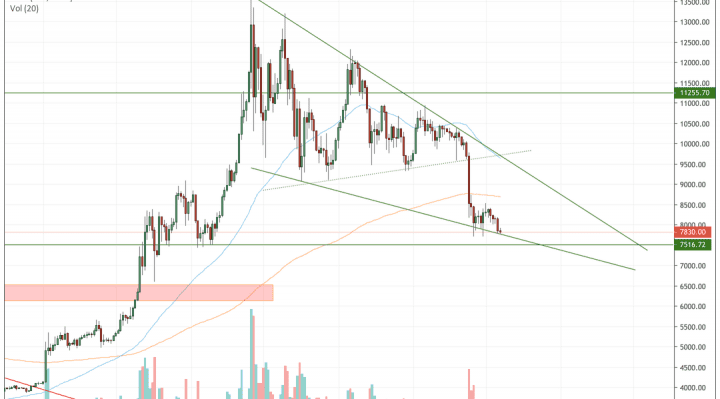 Bitcoin is failing as a safe-haven asset | Source: TradingView.com, Coinbase

Part of the reason is bitcoin’s non-reactive attitude towards the ongoing macroeconomic crisis. The cryptocurrency remains in the negative zone on Monday despite new trade pessimism. Chinese officials have signaled that they are reluctant to agree to the trade deal proposed by US President Donald Trump. The declaration comes days ahead of Beijing’s trade talks with its Washington counterparts.

Vice Premier Liu He, who is going to lead the Chinese delegation in the high-level negotiations, clarified that he wouldn’t reform China’s industrial policies or government subsidies that have been a central point of issues raised by the White House. Not able to reach a standard floor, therefore, expects to prolong the ongoing US-China trade dispute.

“The US has indicated that it wants a broad-based deal. Nothing is yet in the bag, and optimism on trade has proved time and again to be misplaced,” economists at ING wrote.

Bitcoin should benefit if a trade negotiation goes wrong. Earlier this year, the cryptocurrency surged by more than 150 percent as investors treated it as safe-haven against the dwindling global stocks – again caused by the escalating trade tensions between the US and China. 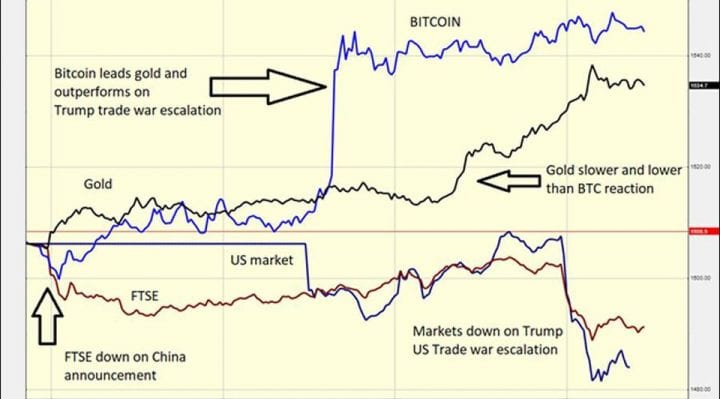 “Bitcoin is replacing gold as the safe harbor asset, and that is a role that is only going to grow, and while there is only $200 billion or so of it, it must fly higher than $5 trillion gold and its entourage of paper proxies.”

More recently, bitcoin has reacted least to the US-China trade war updates. The last 24 hours alone represent that mainstream investors are avoiding the cryptocurrency, and investments into government bonds and other traditional hedging assets like Gold are increasing. 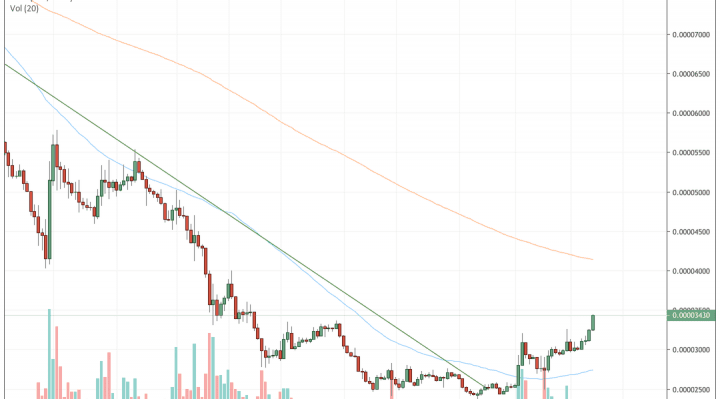 Bitcoin, on the other hand, is trending inside what appears like a Falling Wedge. It’s typically a bullish thing, wherein an asset trend downwards whilst creating lower highs and lower lows. As the volume contracts and price nears to the Apex of the Wedge, the asset undergoes an upside breakout, ideally towards the beginning of the Wedge. In the currency scenario, bitcoin’s breakout target is above $13,500.

That is, of course, a technical viewpoint.