What is Blockchain Technology and How Does It Work ?

As the world continues to become interconnected, cryptocurrencies are becoming an increasingly attractive proposition for growing markets, especially those that may not have a traditional banking infrastructure. For safe and transparent transactions, Bitcoins and other cryptocurrencies rely on a form of database that is able to keep a clear track of large volumes of transactions securely. Blockchain technology provides one of the most efficient solutions used by most of the world’s largest digital currencies.

What is Blockchain Technology ? 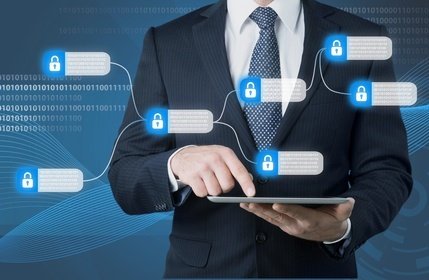 Blockchain is an incorruptible real-time ledger of economics that can be encoded to record not just the history of financial transactions but nearly everything of value. All the data in the blockchain exists as a shared and continuously reconciled database. No one person or organization is in charge of the entire chain. This blockchain is hosted by millions of processors simultaneously, and its data is available to anyone with access to the internet. This technology allows the running of global business transactions with more trust and less friction between the vendor and purchaser.

The technology was first implemented in 2009 and later revolutionized with Blockchain 2.1 in 2014. Blockchain technology is comprised of blocks that hold batches of time-stamped and encrypted transactions. The only person that can edit a block is the owner who gains access to it through a private key. Once the owner makes any changes on their block, every other distributed blockchain is automatically updated and synced in real time.

Blockchain also offers the option of creating a fraud-proof structure for transacting exchanges. It has the potential for a variety of uses other than the digital currency sphere and is appealing to the interest of traditional financial institutions and other organizations. A good number of third world countries have applied blockchain based national currencies. This technology is also being used by some major charity schemes to help those lacking bank accounts.

How does the blockchain work ?

A typical blockchain system consists of two types of records- transaction and blocks. Transactions are the actions carried out in a particular period and are stored together in a block. What makes blockchain unique is that each block contains a cryptographic hash that links them to the previous transactions creating a compact string of transactions. All participants can see the block and can verify or reject transactions using consensus algorithms. All the approved data is recorded into the ledger as part of a block and secured through cryptography. These chains are impossible to predict, which makes it easy to detect any tampering.

What are the benefits of the blockchain technology ?

The blockchain technology promises to revolutionize finance and business. Here are some of the advantages of blockchain:

Who can use the blockchain technology ?

Blockchain became known to most people because of the part it plays in the circulation of cryptocurrencies like Bitcoin. However, bitcoin is only a small part of the blockchain technology’s footprint in the world. The potentials for blockchain implementation are endless, especially because it can be applied in virtually any field to accomplish various important tasks such as;

The world is only beginning to realize the vast opportunities and benefits offered by blockchain implementation with new potential uses being realized on a regular basis. The public blockchain continues to change how daily business is handled whereas the private blockchains allow companies to revolutionize their own internal processes for the better.