Plug Power Inc (NASDAQ: PLUG) stock surged 16.98% on 29th June, 2020 but slightly fell over 0.6% on 30th June, 2020 (as of 9:53 am GMT-4; Source: Google finance). after the company raised revenue target after completing the acquisitions of United Hydrogen Group Inc. and Giner ELX. This is according to the plan to have more than 50% of the hydrogen used to be green by 2024. With these acquisitions, Plug Power’s position in the hydrogen industry has been enhanced with capabilities in generation, liquefaction and distribution of hydrogen fuel complementing its industry-leading position in the design, construction, and operation of customer-facing hydrogen fueling stations. These activities are according to the company’s plan to transition from low-carbon to zero-carbon hydrogen solutions. 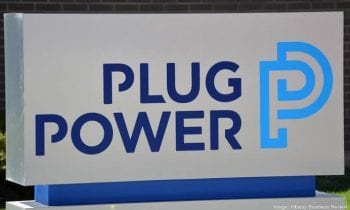 As a result, the company has raised its 2024 financial targets to achieve $1.2 billion in revenue (up from $1 billion), $210 in operating income (up from $170 million), and $250 million in Adjusted EBITDA (up from $200 million). These financial targets are based on significant margin expansion potential in the hydrogen fuels business and the anticipated global growth of the electrolyzer market while meeting customers increased focus on sustainability and carbon reduction goals. Plug Power intends to become one of the largest green hydrogen generation companies in the United States over the period of next five years and globally thereafter, and intends to continue to work with existing and new partners to accomplish this target.

Moreover, the company anticipates that its existing customers will use almost 100 tons of hydrogen per day by 2024 and projects over 50% of that to be green hydrogen. This planned green hydrogen generation capacity expansion offers PLUG with an opportunity to serve its existing customers and potentially serve large industrial customers in the steel, fertilizer and ammonia manufacturing markets. According to Bloomberg New Energy Finance, the cost of green hydrogen is projected to decline by more than 50% by 2030 and will be at parity with traditional ways of producing hydrogen today.

On the other hand, United Hydrogen that is acquired by PLUG is one of the largest privately held merchant hydrogen producers in North America, having the capability to produce 6.4 tons of hydrogen each day with plans to increase that capacity to 10 tons daily in the near future, as well as plans for further expansion. Giner ELX offers one of the world’s largest, most efficient and cost-effective PEM hydrogen generators; grid-level renewable energy storage solutions, and on-site hydrogen generation systems for fuel cell vehicle refueling stations and industrial uses.