CAD: BoC in Focus for Tomorrow

The Bank of Canada had been the only major central bank to not turn explicitly dovish. However, at their latest rate meeting the BoC highlighted their concern over the US-China trade deal as a potential drag on the Canadian economy and the BoC’s tone was more dovish. However, last week Governor Poloz was more upbeat about the Canadian economy. This week Canada’s September non-farm earnings showed the largest rise in wages since 2014. The Q3 GDP on Friday was as expected at +1.3%, so this is enough positive data that the BoC should stay on hold at the moment With the BoC having enough solid data to maintain rates as they are for the immediate future the market will be waiting to see how Poloz steers future expectations on Wednesday’s meeting. A bullish perspective from Governor Poloz and expect further USDCAD downside. 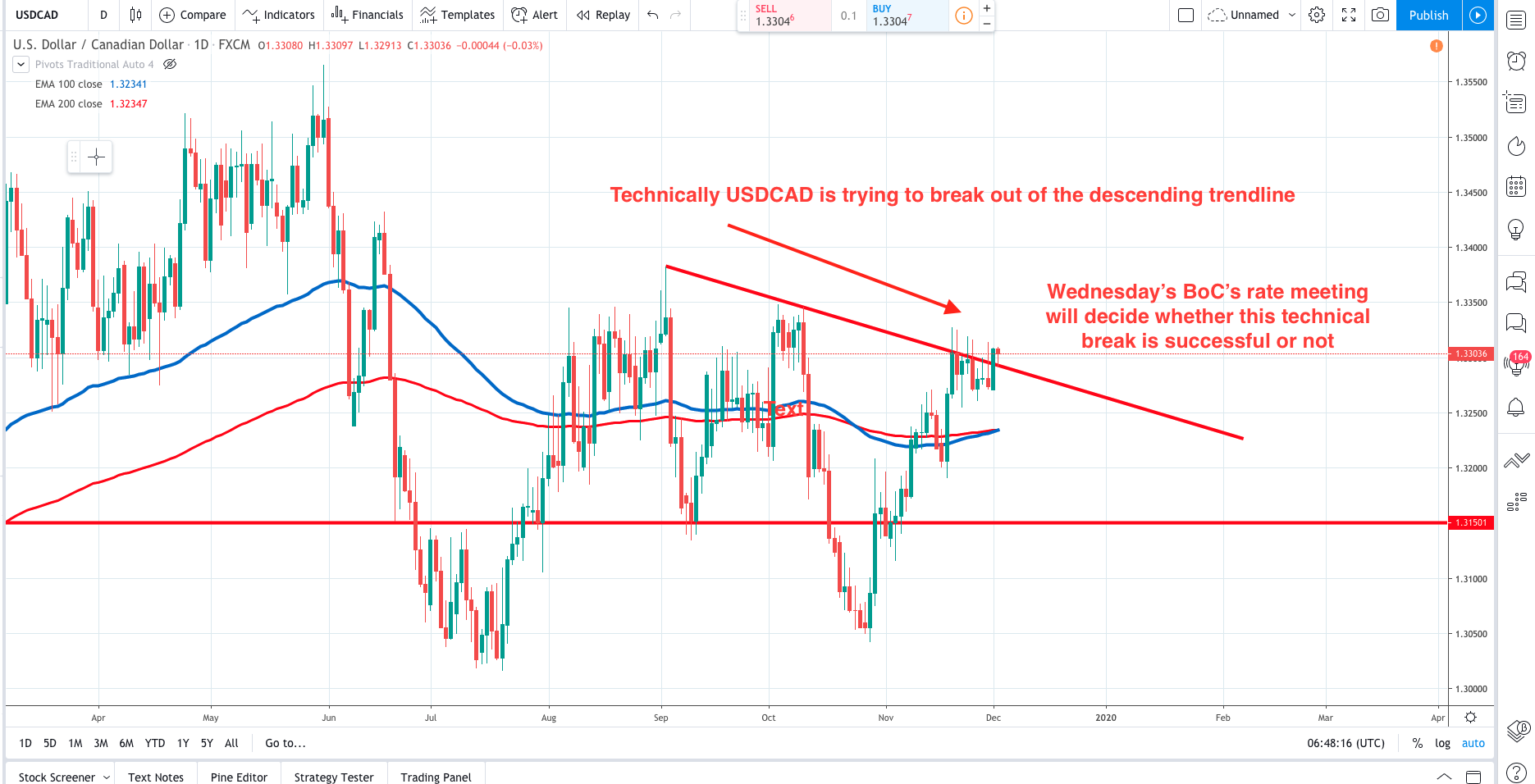