Campbell Soup Company (NYSE:CPB) stock rose 1.50% (As on September 2, 11:29:38 AM UTC-4, Source: Google Finance) after the company posted better than expected topline for the fourth quarter of FY 22. The adjusted gross margin increased to $622 million from $578 million. Excluding items impacting comparability, adjusted gross margin percentage increased 40 basis points to 31.3% due to the mitigation of on-going inflation with pricing actions, supply chain productivity improvements and cost savings initiatives, partially offset by increased promotional spending and unfavorable volume / mix. The adjusted EBIT increased 5% compared to the prior year to $269 million primarily due to higher adjusted gross margin, partially offset by higher adjusted administrative expenses and lower adjusted other income. Cash flows from operations increased from $1,035 million in the prior year to $1,181 million primarily due to changes in working capital, partially offset by lower cash earnings. Capital expenditures were $242 million compared to $275 million in the prior year. In line with the company’s commitment to return value to its shareholders, the company paid $451 million of cash dividends and repurchased approximately 3.8 million shares of its common stock at an aggregate cost of $167 million. At the end of the fourth quarter, the company had approximately $375 million remaining under the current $500 million strategic share repurchase program and approximately $172 million under its $250 million anti-dilutive share repurchase program. 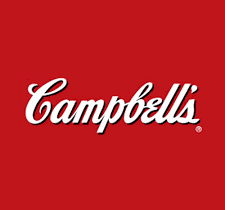 Moreover, through the fourth quarter, Campbell has achieved $850 million of total savings under its multi-year cost savings program, inclusive of Snyder’s-Lance synergies. Campbell remains on track to deliver savings of $1 billion by the end of fiscal 2025.