Casey’s General Stores Inc (NASDAQ:CASY) stock fell 1.34% (As on September 8, 11:27:12 AM UTC-4, Source: Google Finance) after the company missed the topline & bottomline estimates for the first quarter of FY 23. Inside same-store sales increased 6.3% compared to prior year with a margin of 39.8%. Inside same-store sales were driven by prepared food and dispensed beverages, most notably pizza slices, our refreshed breakfast menu, as well as cold dispensed beverages. Total inside gross profit increased 8.8% to $504.3 million compared to the prior year. Fuel gallons decreased 2.3% on a same-store basis compared to prior year with a fuel margin of 44.7 cents per gallon. Total fuel gross profit increased 31.4% to $308.2 million compared to the prior year. Same-store operating expense excluding credit card fees were up 2.6%, favorably impacted by a 2% reduction in same-store labor hours.  Alcoholic beverage sales remain strong as our team continues to leverage our approximately 1,500 liquor licenses throughout our store base. The fuel margin environment was especially favorable in the second half of the quarter as wholesale costs declined from record highs. At July 31, 2022, the Company had approximately $781 million in available liquidity, consisting of approximately $312 million in cash and cash equivalents on hand and $469 million in undrawn borrowing capacity on existing lines of credit. 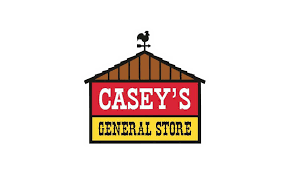 Additionally, the Company has $400 million remaining under its existing share repurchase authorization. There were no repurchases made against that authorization in the first quarter. At its August meeting, the Board of Directors voted to pay a quarterly dividend of $0.38 per share. The dividend is payable November 15, 2022 to shareholders of record on November 1, 2022.