Alcoa Corp (NYSE: AA) stock fell over 10.3% in the last one week (Source: Finviz) after the company posted lower than expected results for the fourth quarter of FY 19. Alcoa reported a net loss of $303 million, in the fourth quarter of 2019 compared to a net loss of $221 million, in the third quarter of 2019. This included the charges related with the closure of the Point Comfort refinery in Texas, which had been fully curtailed since 2016. The stock recovered over 0.9% on 17th January, 2020 (as of 11:38 am GMT-5; Source: Google finance) 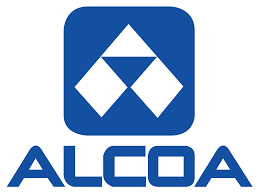 For fiscal 2020, the company expects the shipments to increase year-over-year in all three product segments as existing facilities creep production in bauxite and alumina. And in Aluminum, Becancour restart ramps up. With the divestiture of the Afobaka hydroelectric dam in Suriname and the Gum Springs, Arkansas treatment facility and the closure of the Point Comfort refinery, the company expects transformation EBITDA to be negative by approximately $85 million, compared to negative $7 million in 2019. The majority of that impact is from the divestiture of the Suriname dam.