ConocoPhillips (NYSE:COP) Reiterated as a Buy 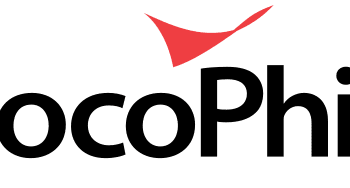 Meanwhile, the company has increased the targeted 2022 distributions to shareholders, taking the total full year expected returns to $15 billion. This represents a 50% increase from the target announced last quarter with the $15 billion to be distributed across the three tiers of ordinary dividends, share repurchases and VROC. At current strip prices, this represents a return to shareholders of slightly more than 50% of the Projected CFO for the year. The company had generated $3.91 per share in adjusted earnings in the quarter. This was driven by strong realized prices and production of almost 1.7 million barrels of oil equivalent per day. The production volumes in the second quarter were reduced by scheduled turnaround, as well as some unplanned weather and other minor impacts. Lower 48 production averaged 977,000 barrels of oil equivalent per day for the quarter, including 634,000 from the Permian, 233,000 from Eagle Ford and 91,000 from the Bakken.

Moreover, the company had generated $7.8 billion in cash from operations in the quarter, excluding working capital. This includes roughly $750 million in distributions from APLNG, and we continue to project full year distributions of $2.3 billion, with roughly $300 million expected in the third quarter. We also invested $2 billion back into the business in the second quarter, resulting in free cash flow of $5.9 billion. That more than covered the total $3.3 billion we returned to shareholders in the quarter, as well as the $1.9 billion used to reduce total debt. These actions taken in combination with the $600 million in disposition proceeds and the repurchase of approximately $300 million in long-term investments, resulted in cash back of $8.5 billion as of June 30.

Additionally, the company expects a third quarter production guidance range of 1.7 million to 1.76 million barrels of oil equivalent per day and reduced the full year production from 1.76 million to 1.74 million per day. That’s primarily related to risking of projected production from Libya in the second half of the year, as well as some modest updates across the portfolio. The company has also reduced guidance for the corporate segment loss from $1 billion to $900 million, primarily due to lower interest expense resulting from the recent debt reduction and higher interest earned on cash balances, along with some restructuring efforts.