Copper futures are slumping to finish the trading week, paring some of their weekly gains. The industrial metal fell more than 1% on bearish economic news coming out of China, as well as geopolitical tensions in the region regarding Hong Kong. Will prices retreat to $2.35 during the holiday-shortened trading week?

US-China strife has intensified over the last couple of days on news that Beijing has proposed to implement new security measures on Hong Kong. The reports have generated a stark rebuke from Washington, leading lawmakers to put forward bipartisan legislation that would sanction officials who enforce these laws and penalize banks. Other countries have presented their concerns over these proposed mechanisms that would threaten Hong Kong’s sovereignty.

Copper investors fear that US intervention into the matter would hurt the foundation of the phase-one trade agreement. 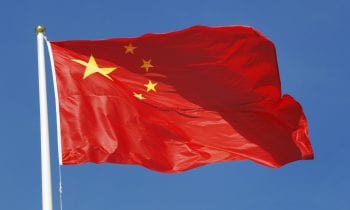 The red metal also slipped on Beijing announcing that it is abandoning its forecast for economic growth in 2020. Chinese Premier Li Keqiang confirmed in a statement to the Parliament that there is too much uncertainty in the fallout from the coronavirus pandemic. He assured policymakers that President Xi Jinping and his administration are not abandoning growth.

I would like to point out that we have not set a specific target for economic growth this year. This is because our country will face some factors that are difficult to predict in its development due to the great uncertainty regarding the Covid-19 pandemic and the world economic and trade environment.

He did other unveil economic targets, including a 6% jobless rate, nine million new jobs, and a 3.5% consumer price index.

Analysts say that China removing its projections could suggest the country’s economic prospects are in the doldrums and that the COVID-19 public health crisis inflicted serious harm on the world’s second-largest economy.

Copper inventories in warehouses monitored by the Shanghai Futures Exchange declined 15.8% to 175,825 tons for the week ending May 22. This is the fastest drop since September 2019. It is also the first time that domestic stockpiles fell in two months.