Crude oil futures rose as much as 3% midweek, driven by stimulus hopes that will serve as a lifeline for the US economy. US crude prices have been steadily rebounding since last week’s crash, despite concerns that global oversupply will send oil down to as low as $5 a barrel. The industry may be preparing for a long bear market, but investors appear to be bullish on crude.

May West Texas Intermediate (WTI) crude futures surged $0.70, or 2.92%, to $24.71 per barrel at 19:03 GMT on Wednesday on the New York Mercantile Exchange. Although crude prices are down 60% year-to-date, they have surprisingly clawed back 20% over the last five trading sessions.

Brent, the international benchmark for oil prices, is slightly edging up in the middle of the trading week. June Brent crude futures picked up $0.13, or 0.42%, to $30.12 a barrel on London’s ICE Futures exchange. Brent has cratered 55% so far this year, but prices have rebounded 14% over the last week.

According to the US Energy Information Administration (EIA), domestic crude inventories increased by 1.6 million barrels for the week ending March 20. The market had forecast a boost of 2.5 million barrels. Gasoline stockpiles fell 1.5 million barrels, while distillate supplies declined 700,000 barrels. 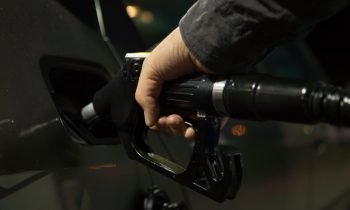 Crude demand is plummeting across the globe as governments impose nationwide lockdowns to prevent the further spread of the coronavirus. As a result, the energy industry is adapting to these conditions by slashing capital expenditures and cutting jobs. Over the last week, US companies have announced $19 billion in budget reductions and refineries have curbed about seven million barrels per day (bpd). Indeed, all the indexes allude to worsening business conditions for the foreseeable future.

Drilling permits fell to multi-year lows, the total number of oil and gas rigs has dropped, and the US government cannot attract enough bids for oil and gas leases on federal lands.

Despite oil’s jump in recent sessions, analysts say the physical oil market is suffering from oversupply. With Saudi Arabia flooding markets with cheap oil next month, crude could be in store for another crash in prices. It is presently estimated that the global crude surplus is about 15 million bpd. Since demand is expected to contract 14 million bpd, the market is going to be awash in oil.