Crude oil futures are finishing the midweek trading session down about 5%, recording their second loss in three days. Oil prices have been recording a huge rally since slipping below zero last month, but they took a breather on Wednesday after reports suggested Russia is thinking about easing supply cuts in July. Energy prices also took a hit on rising US-China trade and geopolitical tensions.

Brent, the international benchmark for oil prices, is also slumping in the middle of the trading week. August Brent crude futures fell $1.44, or 3.92%, to $35.30 a barrel on London’s ICE Futures exchange. Brent has risen 45% in May, but prices have dropped 1.5% in recent sessions.

According to Bloomberg, Moscow is petitioning the Organization of the Petroleum Exporting Countries (OPEC) and its allies to ease production cuts in July. But while analysts are skeptical that OPEC would agree to Russia’s demands, members might adjust their stances based on price movements and market fundamentals. 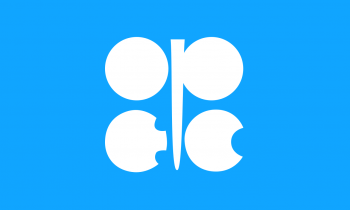 The global oil industry is still facing a tremendous imbalance. The market is oversupplied due to record output and crashing demand from the coronavirus pandemic. But all eyes will be on next month’s OPEC video conference to see where leaders stand on the subject.

Investors are also paying attention to renewed US-China tensions that have gotten worse in the last week. In addition to the war of words over trade, Washington has threatened to slap sanctions on Beijing over its implementation of national security laws on Hong Kong that bypass its legislature. Critics allege that it targets political figures and prevents large-scale public demonstrations, but Chinese officials argue that the measures are meant to protect the population.

On Thursday, the US Energy Information Administration (EIA) will release its weekly supply report, which is one day late due to the Memorial Day long weekend. Analysts anticipate a decline of 1.2 million barrels for the week ending May 22.