Crude oil futures are soaring in the middle of the trading week after the US government reported a substantial drawdown in domestic inventories. Energy commodities are off to a great start in 2022 and many market analysts think prices could climb higher in the coming months.

Brent, the international benchmark for oil prices, is flirting with the $85 mark. March Brent crude futures advanced $1.18, or 1.41%, to $84.90 a barrel on London’s ICE Futures exchange. Like its WTI counterpart, Brent contracts have rallied nearly 9% in the early stages of 2022.

According to the US Energy Information Administration (EIA), crude oil supplies declined 4.553 million barrels in the week ending January 7, larger than the median estimate of 1.904 million barrels. This is also down from the 2.144 million-barrel drawdown in the previous week.

Baker Hughes data suggest that the number of crude oil rigs are still below pre-pandemic levels with just 481.

Market analysts say that fundamentals and macroeconomic factors are contributing to the bullish nature of the energy market.

“Crude prices continue to set new highs for 2022, with prompt benchmarks now near their highest point since November last year,” said Robbie Fraser, global research & analytics manager at Schneider Electric, in a research note. “The current bullishness is a mixture of crude fundamentals and more macro factors tied to the broader economic outlook.” 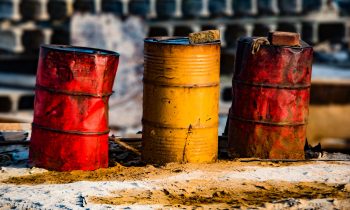 He added that inventory figures will “continue to be key through the early weeks of 2022 as the market eyes any signal that balances are improving, and that the market could see a run of more oversupplied conditions.”

Strategists concede that the only thing that will prevent oil and gas from rising higher is a mild winter, which has been the case for much of the United States so far this season.