Dell Technologies Inc (NYSE:DELL) stock rose 0.80% (As on Jan 11, 12:18:36 AM UTC-4, Source: Google Finance) after the company is upgraded from Bernstein analyst Toni Sacconaghi to “outperform” from “market perform.” The analyst also hiked its price objective to $72 from $63, citing Dell’s six-week backlog in its PC business, which is paired with an impressive array of commercial versus consumer business. He added that Dell Technologies has “a relatively high mix of commercial versus consumer (75/25) PCs, which should help cushion results should consumer PC demand slow.” The company also believes that Dell’s storage business should benefit from an elevated backlog and a mainframe cycle and estimated that Dell has $6-8B in excess cash on its balance sheet. 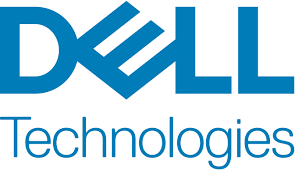 Further, the company is uniquely positioned in the data and multi-cloud era with durable advantages, market-leading positions and the financial flexibility to drive sustained profitable growth. Second, the ISG and CSG core businesses are attractive. They sit in large markets estimated at $670 billion in TAM and are projected to grow in the low single digits over the next few years. The demand for the solutions remains strong as global economic recovery and widespread digital transformation reset IT demand to higher levels. In October, the company had announced APEX Cloud Services with VMware Cloud, a terrific example of the first and best alliance with VMware. That solution gives organizations the ability to move workloads across multiple cloud environments and scale resources quickly with predictable pricing and transparent costs. In addition, the company had completed the transaction to spin off VMware, and it has closed the Boomi divestiture, each resulting in a more simplified corporate structure.

Meanwhile, the company generated record revenue of $28.4 billion, up 21%, driven by growth in all business units, customer segments and geographies, as well as broad strength across commercial PCs, servers and storage. Operating income was a third quarter record of $1.3 billion, which is a 19% increase over the same period the prior year, and non-GAAP operating income was a third quarter record of $2.9 billion, up 5%. Net income was $3.9 billion, non-GAAP net income was $2.0 billion and adjusted EBITDA was $3.4 billion. Net cash from operating activities was $3.3 billion. Dell Technologies ended the quarter with remaining performance obligations of $47 billion, up 26%, deferred revenue of $31 billion, and cash and investments of $24.2 billion.