Eli Lilly And Co (NYSE:LLY) stock fell 0.79% (As on August 5, 11:17:37 AM UTC-4, Source: Google Finance) after the company posted lower than expected results for the second quarter of FY 22. The company has cut its full-year profit forecast for the second time as lower insulin prices and competition for the company’s cancer drug bruised its second-quarter earnings. U.S. drugmakers have been pulled up by lawmakers in recent months over rising costs of insulin. The U.S. House of Representatives in March passed a bill capping monthly out-of-pocket insulin costs for those with health insurance at $35. Lilly, which cut prices of insulin Lispro products by 40% from January 1, reported a 26% fall in sales of its popular insulin products Lispro and Humalog to $447.1 million in the second quarter. Revenue from its cancer drug, Alimta, also slumped 63% to $227.7 million due to the entry of copycat drugs. The drugmaker is now focusing on its upcoming and new launches, including the recently approved diabetes drug Mounjaro, which recorded $16 million during the quarter. Its net income fell to $952.5 million in the quarter ended June 30, from $1.39 billion, a year earlier. 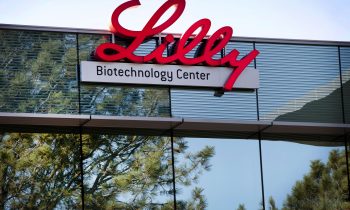 On the other hand, the U.S. Food and Drug Administration (FDA) has accepted, with Priority Review designation, donanemab for Alzheimer’s disease for review under the accelerated approval pathway. The FDA also accepted, with Priority Review designation, pirtobrutinib for mantle cell lymphoma for patients previously treated with a BTK inhibitor for review under the accelerated approval pathway. In collaboration with the U.S. government, Lilly intends to make bebtelovimab commercially available for purchase by U.S. states/territories, hospitals and a broad set of other providers through a sole distributor beginning the week of Aug. 15, which is prior to the anticipated depletion of the U.S. government’s currently available supply.