When it comes to the factors affecting the rise and fall in the price of the various trading instruments in the financial markets, there are quite a few of them. The factors that affect the movement of prices in the currency, bond and equity markets are discussed below:

Currency price is basically determined by demand and supply, but many economic and non-economic factors also play a part in influencing the exchange rate of a currency. Here are the major factors that affect the prices of global currencies.

Economic growth is another key factors that impacts the demand for currencies. The demand for the currency of a country that is reporting higher economic growth will be higher. If a county is doing well, its economy will expand and the inflation will be relative low. Typically, an economic growth of more than 2.5 percent is accompanied by high inflation. Higher growth also means that the unemployment level is low, incomes are higher and consumer spending is more.

Balance of trade, the difference between export and import values, significantly influences currency prices. If a country reports trade surplus, the demand for the currency of that country rises. This is because foreign buyers become obliged to exchange more of their currency with the country’s sellers. On the other hand, the demand for the country’s currency falls if it reports trade deficit.

When the unemployment rate is higher, people without jobs will not have much money to buy goods or services. Therefore, the overall spending by consumers decreases. Higher unemployment also affects consumer confidence and expectations about a country’s economic growth in the near future.

Political situation in a country affects the future value of that country’s currency. This is because political uncertainty raises a country’s risk and reduces the consumer/investor confidence. Political instability jeopardizes the country’s economic growth and investors seek Safe Havens. This means that they tend to exchange their weak currencies for stronger currencies.

Market factors such as crude oil price changes also have an impact on currency prices. When oil price goes up, the value of the currencies of oil exporting countries trend higher against that of countries that import oil.

Currency speculators can influence the real value of a country’s currency. For example, large institutional speculators such as hedge funds that bet against a particular currency in order to accrue profits from trades can significantly impact currency prices.

As is the case with currencies, bond prices are also basically determined by supply and demand. The prices of bond will increase when the demand is more than the supply. however, if the supply is more than the demand, the bond prices tend to decline. The yield of a bond, which is calculated by diving the annual interest paid by the market price, increases when the price falls and decreases when its price rises. Some of the key factors that affect the supply and demand dynamics of bonds are the interest rate direction, bond issuer’s financial health and fiscal policy.

The central banks of countries set the short-term interest rates as part of their monetary policy mandate for maintaining price stability and economic growth in the country. A change in the monetary policy affects short-term as well as long-term interest rates. Typically, bond prices tend to rise when the interest rate falls. This is because the demand for older bonds that are sold at higher coupon rates, which are the stated interest rates of the bonds, rises. On the other hand, bond prices tend to fall when the interest rate rises. This happens because the demand for older bonds that are sold at lower coupon rates falls. Generally, the bond market anticipates changes in the interest rates many months in advance of actual implementation by the central banks. In general, longer-term bonds are more sensitive to changes in interest rates. This can be attributed to the fact that the time for further monetary policy changes prior to maturity is higher in the case of longer-term bods.

The bond issuer’s credit quality has a bearing on the investor demand for their bonds. For example, the demand for Treasury bonds is always high as they are deemed as investments that carry no risk. Bonds issued by some of the local and state governments and corporates are considered to be riskier. This is because these issuers could get into financial difficulties and default n their obligations. Rating agencies like Standard & Poor’s and Moody’s assign grades independently to the various bonds being issued by different issuers on the basis of their credit quality. As a result, low-rated bonds often offer a higher interest in order to compensate the investors against higher risk.

Fiscal policy decisions also have an impact on bond prices. Investors are likely to demand higher interest rates for bonds issued by governments that are experiencing large amounts of budget deficits. One example of this is the Eurozone sovereign-debt crisis during the early part of this decade. If the public sector debt is excessive, it has the potential to even drive up private sector debt. This which makes borrowing a more expensive proposition for companies. However, the demand for the bonds issued by countries that deal with balanced budgets is generally very high. This is because yields will be lower and prices will be higher in the case of bonds issued by such countries.

In general, the bond prices trend higher during times of uncertainty and abnormal stock market volatility. One example is the market conditions that prevailed during the financial crisis in the year 2008. During such uncertain and high volatility times, investors often move their funds to assets that pose lower risks such as bonds issued by governments. This is to prevent their investments from suffering huge levels losses. If the demand is higher, the bond prices rise and yields trend lower. Sometimes, it even leads to an unusual condition referred to as the inverted yield curve. This may not be a matter of great concern to investors under such situations because they are primarily looking to move their money to a safe haven. As and when the financial markets become stable, bond prices tend to decline. This is because investors start moving their funds out of the bond market and investing in stocks once gain. 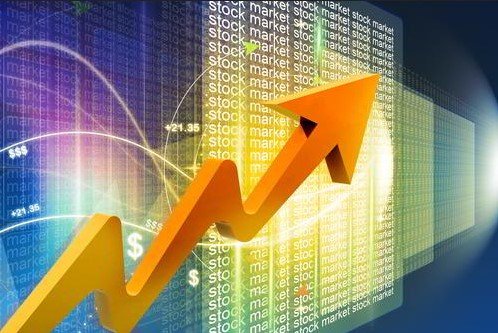 Typically, the demand for shares will be higher when investors determine that the prospect of earning dividends is higher. This is to say that the factors that enable companies to operate more profitably tend to contribute to an upward trend in the stock market. Some of the underlying factors that have an impact on the performance of the stock market are as follows:

If the growth prospects of a country is better or the country is experiencing higher economic growth, the companies will report higher profits. This is because the demand for goods and services offered by them will be higher. This in turn boosts dividends declared by companies and share prices.

Stock markets resent shocks that have the potential to upset a country’s economic or political stability and growth. Stock markets tend to decline or fall on news such as terrorist attacks, spikes in crude oil price, etc. Equity markets also do not like political instability as it can make it difficult for a country to pursue strong policies for ensuring economic growth.

Related : Presidential Election And Its Impact On Stock Markets

Another key factor that impacts the price movements in stock markets is the mood or sentiment of the investors. If the release of an economic or a political news enhances their optimism, then they are likely to buy more shares. If a news affects their optimism negatively, then they will sell the shares they hold. This is the reason why stock markets start rising after a crash even when recessionary trends exist. As investors are always betting on the future, they start buying shares when they feel that the worst is over even if the fundamentals are not strong.

Sometimes, the equity market over-react when certain events happen. For example, the stock markets plunged in 1987 because of a relatively small bad news. There were no economic issues either. The reason for the fall continues to remains a mystery. The markets recovered soon, but the fall was partly due to the fact that people just followed the sentiment. When prices start falling, investors may just want to do what others are doing, sell the shares and exit the stock market.

In the stock market, share prices are determined by fundamentals, which refer to two things: earnings per share and price to earnings ratio. This is to say that company’s performance and other related news such as dividend announcement, introduction of new products, product recalls, securing large contracts, employee layoffs, takeover or merger, change of management, scandals and accounting errors, among many others, can impact share prices of a company or companies in the same sector. Typically, the prices of shares of companies in one industry move in tandem. This is due to the fact that market conditions affect these companies in the same manner. However, at times, the price of a company’s benefits because of a bad news for a competitor.

Inflation is a technical factor that affects share prices and it means that consumer prices are high. As a result of high consumer prices, sales often declines and profits reduces. Higher level of inflation often leads to a hike in interest rates. Central banks of countries raise interest rates for the purpose of slowing down inflation. This in turn causes the stock prices to fall.

Many companies operating in a country sell products to consumers in other countries. Therefore, if the price of the domestic currency rises, foreign customers may have to spend more money to buy goods. Sales can decline for this reason and in turn lead to a fall in stock prices of the company. On the other hand, when the price of the domestic currency falls, foreign consumers are encouraged to buy more products. This can drives the stock prices of the company up.