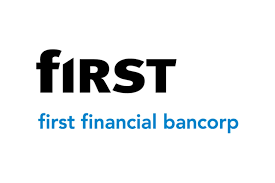 Moreover, during  the third quarter, Loan balances grew 3.7% on year over year basis and net interest margin of 3.96% on a fully tax-equivalent basis which reflects 8 basis point reduction from the linked quarter driven by lower asset yields.

Meanwhile, during the third quarter FFBC has completed its previously announced acquisition of Bannockburn Global Forex, LLC, which is a Cincinnati-based capital markets firm that offers transactional currency payments, foreign exchange hedging, and other advisory products to more than 1,500 closely held enterprises, financial sponsors, and downstream financial institutions across the United States.

In addition, FFBC has signed an Agreement and Plan of Merger, by and among the Company, First Financial Bank, an Ohio bank and wholly-owned subsidiary of the Company, Wallace Merger Sub LLC, a Delaware limited liability company and a wholly-owned subsidiary of the Bank, Bannockburn Global Forex, LLC, a Delaware limited liability company , and Fortis Advisors, LLC, solely in its capacity as representative of the members of BGF.