Draghi tried to help out Lagarde as he realised that monetary policy has now run its course. Fiscal policy is the tool needed now to try and lift the Euro. The Euro data has shown some improvement, but German Gov’t spending could really help the drag in German manufacturing.

Will they or won’t they. Of course, we don’t know. However, German Gov’t fiscal stimulus would be a Euro boosting move and one point to remember.

EURUSD in long term downtrend and unlikely to shift from it without some kind of fiscal moves, probably from Germany’s Gov’t. 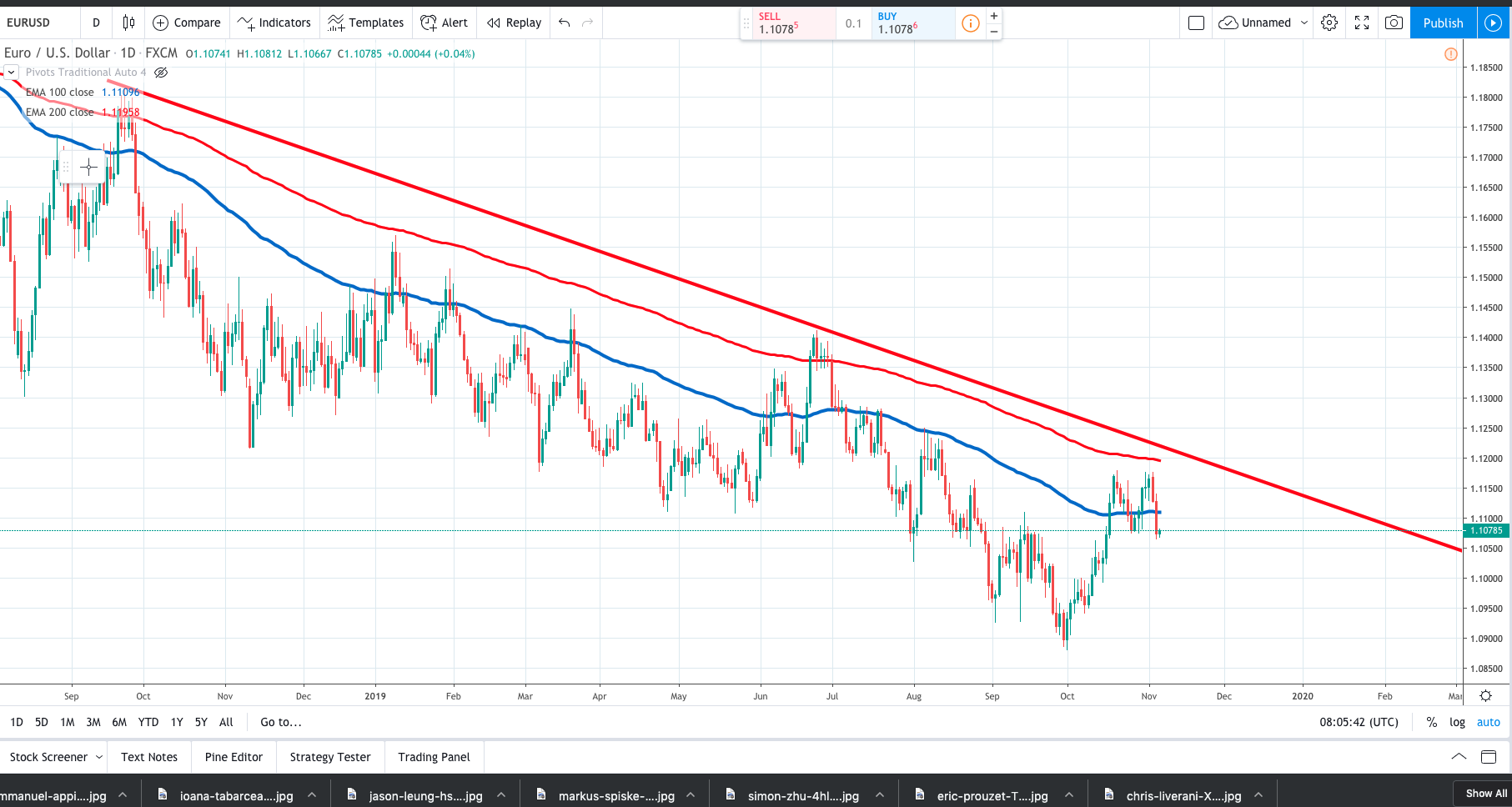