Chart patterns are formations of price predictive value which sometimes appear on the charts of assets. They are formed in different ways, but are usually seen when lines or curves have been drawn across major price support and resistance areas.

The premise behind the use of chart patterns as price predictive tools is that changes in the trend of an asset are usually not abrupt events. There is normally a period of transition, which more often than not, is contained within the area covered by the price pattern.

Chart patterns can be divided into two types:

In order to use these patterns to predict price movements and setup trades, it is essential that the trader understands how to identify and use the pattern to make the correct trade entry and exit.

How to Use Reversal Patterns for Trading

What are the points to consider when using the reversal patterns for trading purposes?

Trade Example of a Reversal Pattern: The Double Bottom

The Double Top is an upside reversal pattern which is marked by the following characteristics: 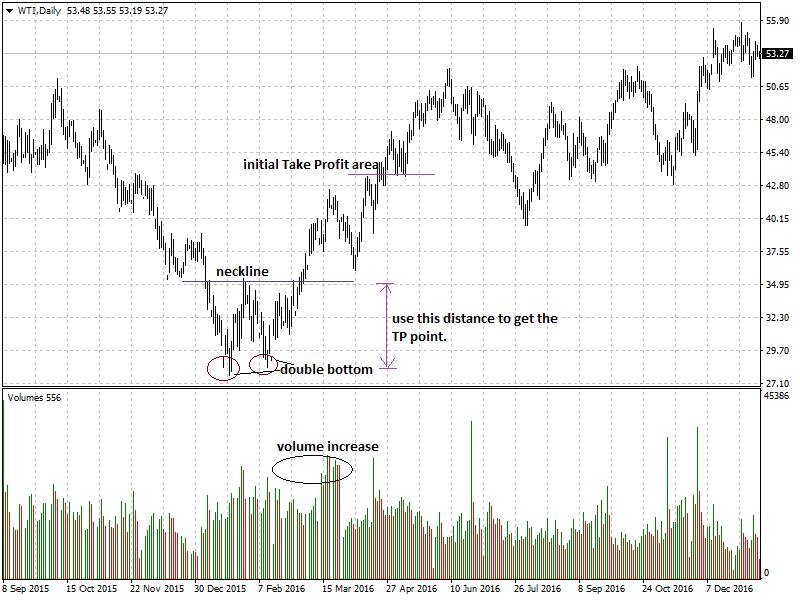 In this chart, we can clearly see:

How to Use Continuation Patterns for Trading

What are the points to consider when using the continuation patterns for trading purposes?

For this example, we illustrate the flag continuation pattern. 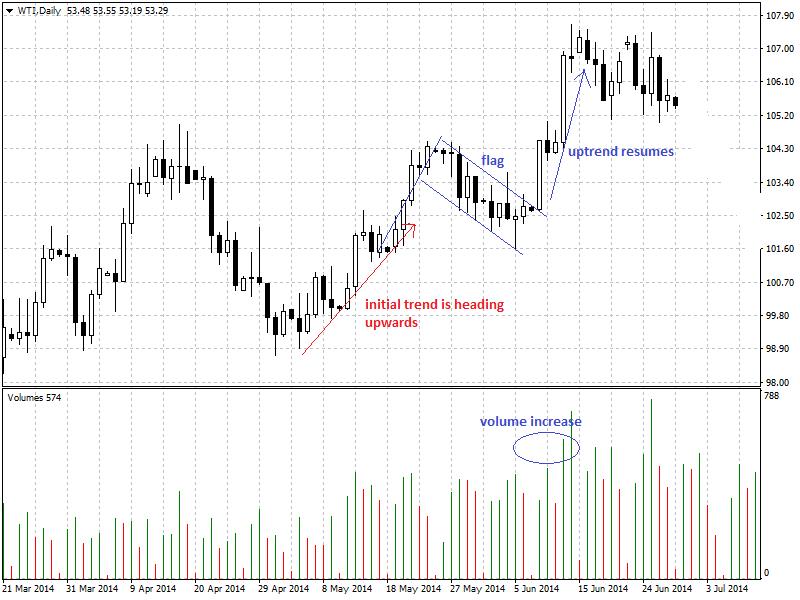 In this chart, we can see the following:

It takes some practice to be able to identify and trade chart patterns. So get access to a demo platform with charting tools and practice how to trace and trade patterns so you can achieve a good degree of proficiency in chart pattern trading.