GPS intends to spin off Old Navy into its own company, which is anticipated to close in the middle of 2020. Gap has also announced its plans to exit Old Navy from China in early 2020, and to focus on “under-served” North American markets. The company’s net income during the period ended Nov. 2 fell to $140 million from $266 million, a year ago. Year-to-date the company has generated the free cash flow of $5 million, which is a decline of $52 million over last year. The company has ended the quarter with $1.1 billion of cash, cash equivalents and short-term investments, which is in line with the historical target of $1 billion to $1.2 billion. 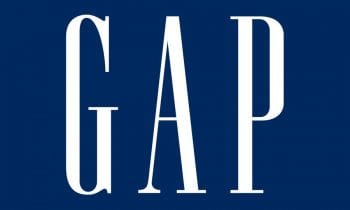 The company’s Same-store sales fell 4% compared to the expected decline of 2.3% as Old Navy brand struggled to move women’s apparel off of shelves, which resulted to this third-quarter same-store sales decline. The company posted 7% decline in same-store sales at the Gap brand, they fell 3% at Banana Republic, and slipped 4% at Old Navy.

For FY 19, the company expects earnings per share to be in the range of $1.70 and $1.75, while the analysts had been projecting for adjusted earnings per share to be of $1.83. GPS expects total same-store sales for the fiscal year to be decline in mid-single digits, compared to a prior outlook of down low single digits. Net sales are expected to decline at a low single digit pace while the analysts had been calling for a 2.1% drop.

On the other hand, Gap had earlier this month announced the departure of its CEO since 2015, Art Peck, effective immediately. Peck has been temporarily been replaced by Fisher, who is the son of the company’s founders. The company continues to search for a new CEO, by considering both internal and external candidates.