GBPUSD to remain under pressure

The GBP is under pressure again as the post-election gains are given up as Brexit risks once again come into focus. So, where are now with Brexit. UK Parliament is currently set to vote on PM Johnson’s Withdrawal Agreement Bill before Christmas, which would mean that Article 50 is triggered on January 31 and makes way for the next phase of Brexit which is the transition period. It’s the transition period which is creating uncertainty now.

The transition period is due to last until December 2020 as the EU and UK discuss exactly what the nature of their future relationship will be. The main market concern is what the trade relationship will be and the idea of negotiating a trade deal in only 12 months has been seen as overly optimistic. Until recently it was expected that the UK would extend the transition period. However, reports yesterday showed that PM Johnson wants to add an amendment to his Withdrawal Agreement Bill to prevent an extension of the transition period. The significance of this is that it makes a no-deal Brexit much more likely, hence the sell-off in the GBP yesterday.

Therefore, going forward, expect further weakness in the GBP in both the short and long term while Brexit risks remain. Also, expect the upcoming UK Parliamentary vote to be closely watched by the market along with the future reports regarding the EU and UK relationship. UK businesses will once again be facing the same uncertain mood that they experienced in 2019 as they are unsure of the exact trade deal between the EU and the UK. The Bank of England rate meeting on Thursday at 12:00GMT will be a key focus for GBP traders to asses the near term rate for the GBP. 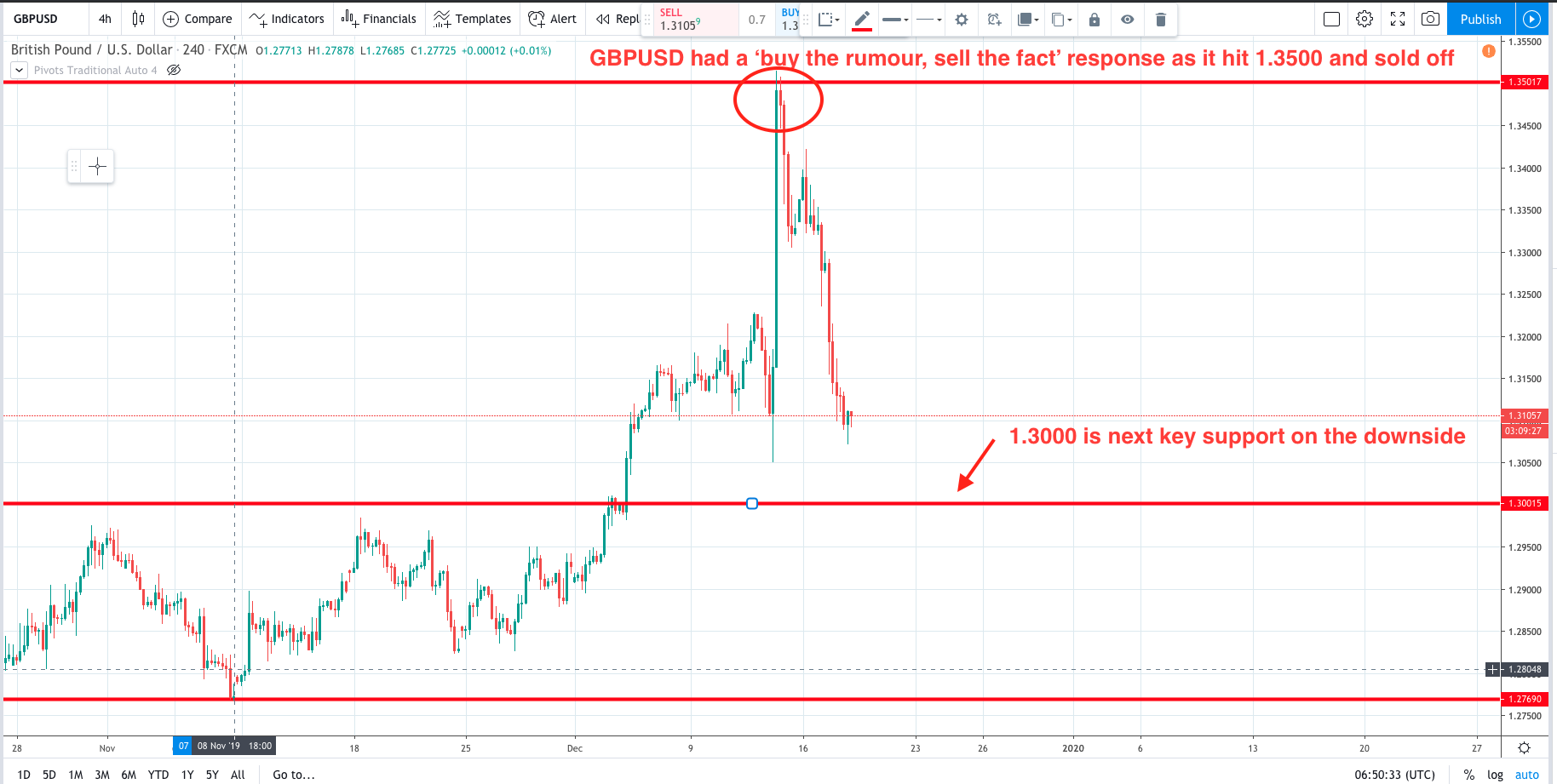