Gold futures surged as much as 8% on Tuesday, recording their biggest one-day climb since the financial crisis more than a decade ago. The yellow metal is rallying on the Federal Reserve’s unprecedented unlimited quantitative easing program to subdue the market turmoil, actions that have sent the US dollar lower. But precious metals are joining the broader market rally as everything is booming on government stimulus hopes.

Silver, the sister commodity to gold, is also posting remarkable gains. May silver futures soared $0.96, or 7.24%, to $14.22 an ounce. Although the white metal is still down 20% on the year, silver prices have gained 10% in just two sessions.

On Monday, the US central bank announced an ultra-aggressive QE initiative that essentially purchases assets without any limits. The Fed had initially placed a ceiling of $700 billion, but it tossed the cap out the window and will now do whatever it takes to rescue financial markets. The Fed will start buying corporate bonds through exchange-traded funds (ETFs) for the first time ever and ramp up its Treasury and mortgage-backed securities purchases. This is in addition to the $1.5 trillion repo lifeline and 0% interest rates that were recently unveiled.

The extraordinary measures impacted the US dollar, which just had its best week since the 2008 economic collapse. The US Dollar Index, a measurement of the greenback against a basket of currencies, fell 0.39% to 102.09, from an opening of 102.49. A weaker bucker is good for dollar-denominated commodities because it makes it cheaper for foreign investors to purchase. 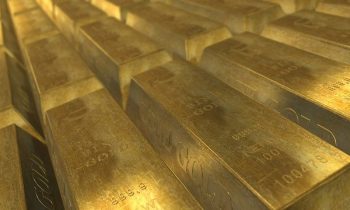 Supply might play a role in the yellow metal’s ascent, too. Argor-Heraeus, PAMP, and Valcambi – three of the world’s biggest gold refineries – confirmed they have suspended production in Switzerland for at least a week in response to the COVID-19 pandemic. This is an important development in the gold market because these refineries process about one-third of the total annual supply worldwide.

Wall Street generally believes that gold will continue to trade higher until the coronavirus panic subsides. With the global economy coming to a screeching halt, Goldman Sachs thinks the precious metal is the “currency of last resort” in this volatile economy.

Silver could also witness massive gains as physical demand for silver has skyrocketed in the last week.