Gold futures are settling the trading week lower on the Federal Reserve potentially tapering ultra-aggressive stimulus and relief efforts and rising Treasury yields. However, gold prices were able to cap their losses on China’s Evergrande calamity and a weaker US dollar. Can gold generate any momentum in the final quarter of 2021?

October gold futures dipped $0.80, or 0.05%, to $1,749.00 per ounce at 20:01 GMT on Friday on the COMEX division of the New York Mercantile Exchange. Gold prices will record their third consecutive weekly loss, adding to their year-to-date decline of 8%.

This week, the US central bank signaled the tapering of its $120-billion-a-month quantitative easing (QE) program is coming “soon.” The Eccles Building noted that an official announcement of its tapering could come as early as the next policy meeting. But interest rates will remain low for longer, which is bullish for gold since a low-rate environment reduces the opportunity cost of holding non-yielding bullion.

Meanwhile, financial markets are still agog over the Evergrande crisis unfolding in the world’s second-largest economy. The leading benchmark indices were treading water on Friday after it was reported that US Evergrande investors have yet to receive $83 million in interest payments on dollar bonds with a face value of $2.03 billion. 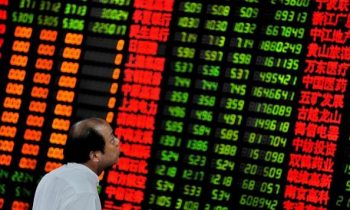 While a bailout of Evergrande is not expected, it is widely anticipated that Beijing will attempt to contain risks to the financial system. Indeed, China injected more than $16 billion into the economy to ensure enough liquidity. But will it be enough to limit the contagion threat? Considering the size of both the company and the amount of publicly traded dollar bonds, it could lead to lasting consequences.

The US Dollar Index (DXY) fell 0.2% to 93.28, from an opening of 93.07. The index, which measures the greenback against a basket of currencies, finished the trading week up 0.09%, lifting its year-to-date rally to 3.72%. A weaker buck is good for dollar-denominated commodities because it makes it cheaper for foreign investors to purchase.