Adobe Inc (NASDAQ: ADBE) stock rose over 3.9% on 12th June, 2020 (as of  11:47 am GMT-4; Source: Google finance) after the company posted decent results for the second quarter of FY 20. The company has reported second-quarter net income of $1.1 billion compared to $632.6 million, in the year-ago period the drive for mobile workplaces because of COVID-19 increased demand for its digital products. Adobe’s customer interest in its creative tools such as Photoshop is projected to remain steady. The company withdrew its annual forecast announced in December. Annual recurring revenue for digital media was $9.17 billion while the analysts had forecast $9.11 billion. ARR for Adobe’s creative segment was $7.93 billion, while the Street had forecast $7.92 billion, and ARR for its document cloud segment was $1.24 billion, compared with the Street forecast of $1.19 billion. Remaining Performance Obligation rose by 19 percent year-over-year to $9.92 billion ending Q2 and was relatively flat quarter-over-quarter. The ending cash and short-term investment position at the end of Q2 stood at $4.35 billion. 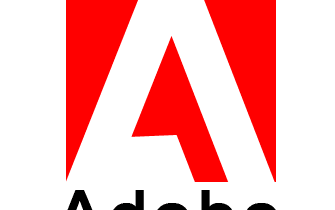 Additionally, in Q2 the company had repurchased approximately 2.6 million shares at a cost of $850 million.  The company currently has $3.4 billion remaining of the $8 billion repurchase authority granted in May 2018 which goes through 2021.

Adobe projects third-quarter adjusted earnings to be of about $2.40 a share on revenue expected to be of about $3.15 billion, while analysts had forecast earnings to be of $2.46 a share on revenue to be of $3.26 billion. The company now projects approximately $200 million total Advertising Cloud revenue for the full fiscal year, with $70 million for the second half, decelerating from the first half of the year.