Apple Inc. (NASDAQ: AAPL) stock rose over 1.2% on 31st, 2019 (as of 10:29 am GMT-4; Source: Google finance) as the company has posted better than expected results for the fourth quarter of FY 19 driven by strong performance in services and its fast-growing wearables business. The company has reported the net income of $13.7 billion compared to $14.1 billion, in the same period last year. 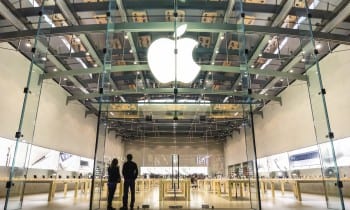 Moreover, AAPL’s revenue has increased in the quarter on the back of 18% rise in the company’s services business, which comprises of AppleCare warranties and subscriptions like iCloud. AAPL’s subscription business has posted the growth of 40% year-over-year, and has 450 million paid subscriptions on the company’s platform. Wearable’s revenue has grown 54% to $6.52 billion in the fourth quarter on the back of strong performance of Apple Watch and AirPods. Overall, Apple’s revenue, excluding the iPhone, grew by 17%. The company’s sales have fallen in several countries outside the U.S. In China, the revenue fell by 2% to $11.1 billion. The sales in Japan and Europe have also declined.

AAPL’s total cash on hand has fallen 2.2% to $205.9 billion in the quarter from the previous quarter as the company continues its aggressive buyback strategy. Apple has spent $18 billion on share buybacks and $3.5 billion in dividends during the quarter.

For the first quarter of 2020, the company expects revenue to be in the range of $85.5 billion to $89.5 billion compared to the analysts’ estimate of $86.92 billion, according to Refinitiv consensus. The first quarter revenue growth will be driven by strong demand for iPhone 11 models, new services like Apple TV+ and wearables such as upgraded AirPods and the Apple Watch.