Cisco Systems, Inc. (NASDAQ: CSCO) stock rose over 2.3% in the pre-market session of May 14th, 2020 (as of 6:52 am GMT-4 ; Source: Google finance) after the company posted better than expected results for the third quarter of FY 20 driven by COVID-19 lockdowns globally boosted demand for its remote-work tools and networking equipment. The health crisis has forced many businesses to go completely online, which has led to increase in the use of video conferencing and virtual private network software, including Cisco’s Webex and AnyConnect. Further, during the quarter, the company has announced it would be allowing deferrals of payments on new orders until early 2021 to help customers who may have cash flow problems because of COVID-19. The company has also announced its plans to acquire wireless backhaul system provider Fluidmesh Networks LLC, to boost its “internet of things” business. The company saw continued strong adoption of the SaaS-based offerings, and now have 74% of the software that is subscription compared to 65% a year ago. The company also remains well-positioned over the long-term to serve the customers and create differentiated value aligned to cloud, 5G, Wi-Fi 6 and 400 gig. 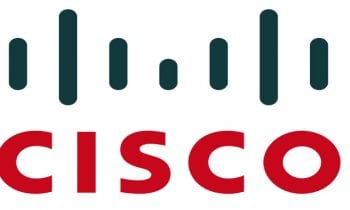 Moreover, the revenue for the unit offering Webex has fallen, on the back of offering of older software whose sales have declined as Webex grew strongly. Cisco did not break out sales for Webex, which competes with Microsoft Corp’s Teams software and Zoom Video Communications Inc, though said that they are larger than Zoom. The unit has generated an additional $1.36 billion in revenue, but declined by 5% year over year and below the $1.43 billion analyst consensus. Cisco’s largest business unit, Infrastructure Platforms, reported $6.43 billion in revenue, which reflects the decline of 15% from a year ago and below estimates. Cisco has reported Services revenue of $3.38 billion, which reflects an increase of 5% from a year ago, and Security revenue grew 6% to $776 million.

The company has estimated fourth-quarter revenue to decline in the range of 8.5% to 11.5% from a year earlier to between $11.47 billion and $11.86 billion. The analysts had expected it to be $11.82 billion, according to Refinitiv data.