Comtech Telecomm. Corp. (NASDAQ: CMTL) stock rose over 5.93% in the pre market session of December 5th, 2019 (Source: Google finance) after the company posted better than expected results for the first quarter of FY 20. The Bookings for the first quarter were strong at $135.6 million and the consolidated book to bill ratio stood at 0.8. 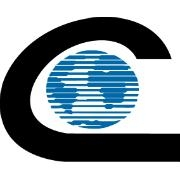 Additionally, CMTL has declared a quarterly cash dividend of $0.10 per share, which will be payable on February 14, 2020, to shareholders of record at the close of business on January 15, 2020.

Comtech expects its second quarter consolidated net sales to be in the range of $168 million to $170 million, with Adjusted EBITDA expected to be in the ranging of $19 million to approximately $21 million. Comtech’s fourth quarter of fiscal 2020 is still anticipated to be the peak quarter for its consolidated net sales, GAAP operating income, GAAP net income and Adjusted EBITDA.