Visa Inc (NYSE: V) stock rose over 1.5% on 25th October, 2019 (As of 12:51 pm GMT-4; Source: Google finance) after the company has beaten the earnings estimate for the fourth quarter of FY 19. Over 180 billion payment transactions leveraged the network in FY19, of which the company processed about 75%, this represented almost $9 trillion in commerce on 3.4 billion credentials.

The company has also returned $2.7 billion of capital to shareholders in the fourth quarter, consisting of $2.2 billion in share repurchases, and a $0.5 billion in dividends. 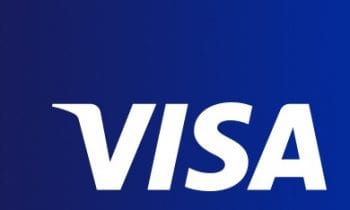 For the fiscal year 2020, Visa expects low double-digit revenue growth and a negative-1% to negative-1.5% impact from foreign currency. The company also expects a roughly 0.5% positive impact from acquisitions. The company expects earnings, to have mid-teens growth, a 1% to 1.5% negative foreign-currency impact, and a negative acquisition impact of about 1%. Further, the company anticipates to derive benefit from pricing actions taken in FY19 as well as some new moves on pricing in 2020 that should be smaller in magnitude.

In the United States, the company has signed an exclusive five year agreement with the consumer debit and credit business with Chime a challenger bank that provides its members to access to a suite of intuitive banking services. In the US, the company had also signed a debt to deal with N26 a mobile banking solution, which provides goal, saving features and early paycheck access. In India, the company is partnering to open a Neo bank, which will provide businesses everything from banking to automated bookkeeping to launch a suite of innovative products, that also includes a business credit card.

The company has continued to expand the credential signing of debit issuance deal with Railsbank at UK FinTech. In Korea, the company has announced a partnership with Toss to significantly expand collaboration on the payment business in Korea and globally Toss is a major FinTech start-up in Korea and Korea’s leading B2B remittance and financial services platform. The company has recently deepened their partnership with a mobile payment service that uses Visa Direct to enable users to make P2P international money transfers from the United States.