Intel Corporation (NASDAQ:INTC) stock plunges 10.59% (As on June 29, 11:17:02 AM UTC-4, Source: Google Finance) after the company after the chipmaker reported second-quarter results and quarterly and full-year guidance that fell short of analysts’ expectations. It ended the quarter with a $454 million net loss, compared with net income of $5 billion in the year-ago quarter. Gross margin narrowed to 36.5% from 50.4% in the previous quarter. The sudden and rapid decline in economic activity was the largest driver of the shortfall but Q2 also reflected the own execution issues in areas like product design, and the ramp of AXG [Accelerated Computing Systems and Graphics Group] offerings. During the second quarter, Intel’s Client Computing Group, which includes PC chips, generated $7.7 billion in revenue, down 25% and considerably less than the $8.89 billion consensus estimate among analysts surveyed by StreetAccount. Earlier this month technology industry researcher Gartner said PC shipments declined almost 13% during the quarter. Intel flagged “softening” demand for PCs in the consumer and education markets and said higher unit costs reduced the segment’s operating income. 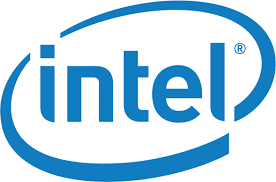 Intel’s new Network and Edge segment, which houses the company’s networking products, generated $2.3 billion in revenue, up 11% and barely higher than the $2.27 billion StreetAccount consensus.