Tesla Inc (NASDAQ: TSLA) stock rose 10.2% on 30th January, 2020 (As of 11:23 am GMT-5; Source: Google finance) after the company posted better than expected results for the fourth quarter of FY19. Tesla had already reported deliveries of 112,000 vehicles globally during the fourth quarter, which has significantly topped Wall Street estimates, and hit the low-end of Musk’s year-end sales goal. The company now operating 1,821 Supercharger stations, leading it amounting to 16,104 individual connections where Tesla drivers can charge their cars when they are away from home. That’s just a 10% increase from Q3 2019, and an increase of 28% in charging locations, and 34% increase in connectors year-over-year for a growing customer base. Meanwhile, Tesla has only added 4% more stores and service locations to its operations, sequentially, representing 13% more year-over-year. Tesla grew its mobile service fleets year-over-year by 81%. It now operates 743 mobile service units, just 3% more than it had last quarter. For full year 2020, vehicle deliveries are expected exceed 500,000 units. Due to ramp of Model 3 in Shanghai and Model Y in Fremont, the production is likely to outpace deliveries this year. Both solar and storage deployments is expected to grow at least 50% in 2020. 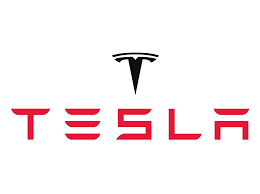 The company’s automotive gross margins fell down slightly year-over-year and sequentially at 22.5% for the quarter. The company had already begun a production ramp for Model Y, its newest crossover SUV, at its Fremont, California car plant. The company also has intends to build the Model Y eventually at a factory it plans to build in Brandernburg, Germany in 2021. Due to the Model 3 production ramp at its Shanghai plant, the production is expected to outpace deliveries this year. Tesla expects production out of its future Berlin factory, serving European markets, to begin in 2021. Tesla also expects positive quarterly cash flow going forward, “with possible temporary exceptions.”

TSLA in the fourth quarter of FY19 has reported the adjusted earnings per share of $2.14, beating the analysts’ estimates for the adjusted earnings per share of $1.72, according to Refinitiv. The company had reported the adjusted revenue growth of 2 percent to $7.38 billion in the fourth quarter of FY19, beating the analysts’ estimates for revenue of $7.02 billion. The company has posted the GAAP gross profit of $4.1B, which is essentially flat in 2019 compared to 2018. Volume growth and successful cost reduction efforts were offset by normalization of ASP, mix shift towards Model 3 and a higher lease mix. The Mobile Service fleet almost doubled in 2019 to 743 vehicles, and the company continues to open new service locations globally.