J B Hunt Transport Services Inc (NASDAQ:JBHT) stock fell 0.64% (As on Jan 19, 11:21:48 AM UTC-4, Source: Google Finance) after the company posted better than expected results for the fourth quarter of FY 21. The company’s earnings came in at $242.21 million for the fourth quarter of FY 21, compared with $154.01 million, in last year’s fourth quarter. All segments contributed to the revenue growth versus the prior year period. Truckload (JBT) and Integrated Capacity Solutions (ICS) grew revenue 85% and 26% year over year, respectively, as both segments were able to source capacity for customers by leveraging the talents and skills of our people and our investments in technology across the organization, including the Marketplace for J.B. Hunt 360°®. Intermodal (JBI) revenue grew 26%, driven by a 30% increase in revenue per load, partially offset by a 3% decline in volume. Dedicated Contract Services (DCS) revenue grew 25% as a result of a 16% increase in average revenue producing trucks and a 7% increase in fleet productivity versus the prior year period. Final Mile Services (FMS) revenue increased 4% as strong demand for services in the segment were offset by supply-chain related challenges in most of the primary markets served. Current quarter total operating revenue, excluding fuel surcharges, increased approximately 22% vs. the comparable quarter 2020. Total freight transactions in the Marketplace for J.B. Hunt 360 increased 27% to $593 million in the fourth quarter 2021 compared to $468 million in the prior year quarter. ICS revenue on the platform increased 11% to $431 million versus the year ago period. JBT and JBI executed approximately $113 million and $48 million, respectively, of third-party dray, independent contractor and power-only capacity through the platform during the quarter. 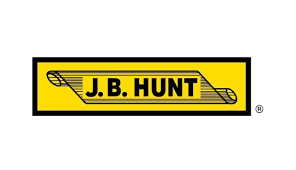