KB Home (NYSE: KBH) stock lost over 5.7% on 23rd September, 2020 (as of 10:58 am GMT-4; Source: Google finance) even though the company posted decent results for the third quarter of FY 20. The orders for the three months through August increased 27% from a year earlier to 4,214, while the analysts surveyed by Bloomberg were expecting 3,920. This is the company’s highest third-quarter level since 2005, with net order value increasing by $367.5 million, or 29%, to $1.64 billion. The orders increased in each of KB Home’s four regions, with the company got a boost from its focus on first-time buyers. The demand remained solid after the end of the third quarter, with orders in first three weeks of September rising 32% from the same period a year earlier. The Company’s ending backlog rose 8% to 6,749 homes. Ending backlog value rose 12% to $2.57 billion. At the end of the quarter, cash and cash equivalents increased to $722.0 million, compared to $453.8 million. The Company had total liquidity of $1.51 billion, that includes the cash and cash equivalents and $787.6 million of available capacity under its unsecured revolving credit facility. There were no cash borrowings outstanding under the facility. The Company has not borrowed under the facility in 2020. The company’s inventories declined slightly to $3.67 billion. The Company had 60,278 lots owned or under contract, out of which approximately 63% were owned and 37% were under contract. The Company’s 38,110 owned lots represented a supply of approximately 3.3 years, based on homes delivered in the trailing 12 months. The Company’s debt to capital ratio of 40.5% expanded 180 basis points. The Company’s net debt to capital ratio increased 660 basis points to 28.6%. The Company’s next scheduled debt maturity is on December 15, 2021, when $450 million in aggregate principal amount of its 7.00% senior notes become due. Overall, for the third quarter, the company has reported 15% rise in the net income to $78.4 million. 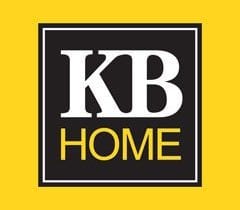