It is a known fact that the forex market and currency are closely related to the economic health of a nation as well as other parameters that are interlinked. The currency market, on average, turns around trillions of dollars on a daily basis. Any appreciation or depreciation in the value of a currency is dependent on a country’s economic factors and has a direct relationship to the current economic situation of the nation as well as the economic dependence of the nation concerned on the global marketplace. As an example, it can be seen that the Canadian dollar’s value is primarily driven by commodities such as crude and any rise or fall in their prices gets reflected in the value of the currency. 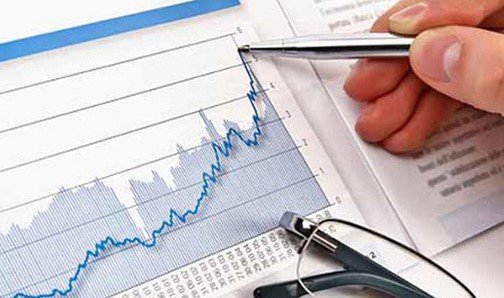 Given below are some of the major economic indicators that are effective while trading on the forex market. These factors act as catalysts and affect the direction of movement of the forex market.

This is one of the most important indicators of currency movement. The correlation can be easily understood as the interest that accrues on a currency and the manner in which profit margin increases with increase in the interest rates. For forex traders, it is vital to note that it is always more profitable to invest in currencies that have higher rates of interest. However, there are other factors that also need to be considered by the forex traders.

If economic indicators of a nation such as employment data, housing market, consumer price index, etc., are showing an upward trend, it means that the economy of the nation is progressing upwards. This can cause an interest rate hike. A decline of such parameters, on the other hand, would force the central bank to bring about a cut in interest rates to encourage borrowing.

The direction of movement of a nation’s currency is also dependent on announcements made by the chief of the central bank of the nation. Any announcement is interpreted as a direct signal that will affect the health of the economy of a nation. This will subsequently set the course for any monetary or economic decision.

It is important for traders who are active on the forex market to keep an eye in inflation figures. Indicative of the price of goods and services, inflation can fall and rise when the money supply of a nation rises disproportionately. Low interest rates are also cause for inflation. When excess amounts of money are injected into the economy, it causes a rise in the prices of goods and services leading to inflation. As a result, central banks of nations raise interest rates when inflation is high and cut the rates when inflation goes low.

In the forex markets, currencies are traded in pairs. A rise in inflation may therefore be a bullish sign for one currency but the opposite for the other currency in the pair. Therefore, such factors have to be considered in totality instead of in isolation.

Related : What is Inflation

GDP data is one of the most closely monitored factors that affect the currency market. GDP data is the direct indicator of the economic health and financial stability of the nation. A rise in GDP indicates that the economy of a nation is growing: jobs are being created and manufacturing is flourishing. There is an increase in export and import figures and international trade is increased.

A rise of 3 to 3.5% in GDP is a safe figure and indicates a healthy economic growth minus the risk of inflation. Decline in GDP figures signal an overall decline in economic and business growth.

Data pertaining to retail sales or otherwise sales of durable goods have a direct effect on the economic state of a nation. Consumer spending, whether it increases or decreases, provides a direct indication of the spending power of the people of the nation. It is a strong indicator of the country’s economy and drives the currency rates.

Bilateral relations of nations with their trade partners, world peace, and forthcoming elections are some of the many reasons that control the direction in which the currency rates move. If the price of crude oil rises in the Middle East owing to political reasons affecting supply concerns, the price of the dollar also moves up.

Another major factor that decides the currency rates is the capital flow that occurs in a nation through international trade. If imports exceed exports, currency rates fall and vice versa. Increased investment made in a country increases the value of its currency.

Currency value of a nation is therefore indicative of the economic and political stability of a country and also mirrors its future growth prospects. However, the interest rate outlook  perhaps provides the best way to predict currency movement trends along with other major economic indicators.