The firm’s Revenue rose 28% yoy to $58.5 million during the second quarter of 2020. The firm’s second major release of Limelight Realtime Streaming also boosted the quarter performance. This release was well placed to meet the major demand while the group is on track to launch Realtime Streaming version 2.0 later this year and forecasts to move all their current Realtime Streaming customers to the new version by year-end. The group also made major progress on their EdgeFunctions which is currently in beta testing with several customers, offering a platform for customers to deploy their own application functions on our network edge locations and run them on demand. The firm also maintained the Average revenue per customer to over $100,000. GAAP net loss improved 76% against the prior corresponding quarter while non-GAAP net loss improved by almost 200% over the second quarter of 2019. Adjusted EBITDA rose >6x against the prior corresponding period. The firm improved over 400 basis point in gross margin, driven by expanding capacity and optimizing proactive management of network. The Second quarter gross margin rose 30bps to 40.6%, boosted by better asset utilization and negotiated lower costs. 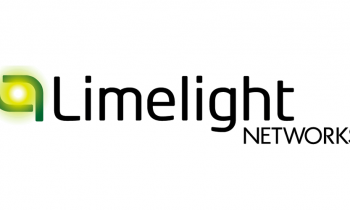 Limelight Networks has a solid market opportunity with target market of $6.9 billion CDN market. OTT video and online gaming represents a combined $5 billion market, positioning them to achieve their long-term annual growth target of 15%. The firm also sees its edge services to be the next step in our evolution. The firm currently offer a globally distributed network that is already connected to over 1,000 ISPs. Given the overall positive market drivers, the firm increased the guidance of their 2020 revenue which is now currently forecasted at $230 million to $240 million as compared to their earlier forecast range of $225 to $235 million. They also raised the low end of adjusted EBITDA guidance to a better range of $28 million to $35 million as compared to their earlier forecast of $25 to $35 million.