Logitech International SA (NASDAQ:LOGI), the computer peripherals maker, stock fell 3.99% (As on Oct 26, 11:42:58 AM UTC-4, Source: Google Finance) after the company reported a steep fall in operating profit and said it was facing “unprecedented” supply chain problems. In Q2 the company has delivered record sales which beat last year’s exceptional sales levels, growing 4% in the quarter and 82% compared to two years ago. Logitech has cashed in on the work from home trend during COVID-19 to sell more products to staff working remotely. Players of games such as League of Legends and Fortnite have also been a driver of growth, purchasing specially adapted keyboards and controllers. Pointing Devices category delivered strong sales growth of 10% in Q2 and gained market share in the quarter. Keyboards & Combos sales were up 15% in Q2, its eighth consecutive quarter of double digit growth. PC Webcams sales decreased 9% in Q2, but remained more than triple the sales levels of two years ago. The company is still focused on driving greater awareness of the better experience provided by an external webcam in order to increase attach rates to the large and growing installed base of monitors and PCs. The sales in the Tablet and Other Accessories category declined 3% in Q2. Video Collaboration sales declined 4% in Q2, but sell-through grew double digits in all regions. Net sales for Americas and Asia Pacific grew year over year, and while EMEA net sales declined vs the prior year. At the end of September 2021, the cash and cash equivalents were $1.1B, up over $0.2B versus September 2020. 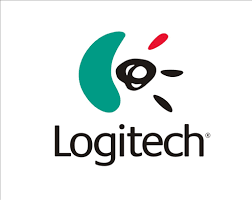 Logitech maintained its outlook for the financial year through March 2022, still expecting full-year non-GAAP operating income to be in the range of of $800 million to $850 million and flat sales growth plus or minus 5%.