Lululemon Athletica Inc (NASDAQ:LULU) stock rose 9.06% (As on September 2, 11:29:00 AM UTC-4, Source: Google Finance) after the company reported quarterly earnings and revenue that beat analysts’ expectations, as shoppers stocked up on workout gear even as surging prices have hurt other retailers’ apparel sales. The company also raised its outlook for the year. Same store sales grew 23%, which beat StreetAccount’s estimate of 17.6%. The company said that traffic remains strong both in stores and online, even as surging inflation cramps consumers’ spending. Store traffic increased over 30%, and ecommerce traffic rose over 40%. The company is hoping to boost customer loyalty with a soon-to-launch membership program. Lululemon continued brick-and-mortar expansion during the quarter, with 21 net new stores for a total of 600 locations. Inventories were up 85% to $1.5 billion compared to the same period last year, but the company said it was “under-inventoried” at the time due to supply chain bottlenecks. Lululemon aims to double its 2021 revenue in the next five years, putting it on track to hit $12.5 billion in sales by 2026, as the retailer rides a wave of Covid pandemic-fueled demand for workout clothes. The company projects earnings per share growth to outpace revenue growth in the next five years. The plan includes an expansion of its menswear business, footwear, and membership-based fitness classes. It expects to increase the square footage of its stores annually in the low double digits. Its women’s business and North American division are projected to see low, double-digit annual compound growth rates in revenue through 2026. The company cited recent initiatives including its first-ever footwear collection and a trade-in and resale program that it said should help to achieve these fresh financial targets. 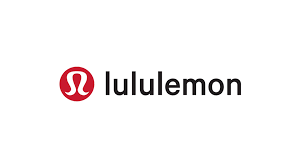