McKesson Corporation (NYSE:MCK) stock rose 4.43% (As on August 4, 11:43:05 AM UTC-4, Source: Google Finance) after the company posted better than expected results for the first quarter of FY 23. The Irving, Texas-based drug distributor and medical services provider reported net income of $768 million in the quarter, compared with $486 million in the same period a year earlier. The median forecast by analysts surveyed by FactSet was for net income of $770 million. The company reported net claims and litigation charges of $5 million, down from $74 million in the year-earlier quarter, while net restructuring, impairment and related charges dropped to $23 million from $158 million a year earlier. Selling, distribution, general and administrative expenses fell to $1.96 billion from $2.23 billion. 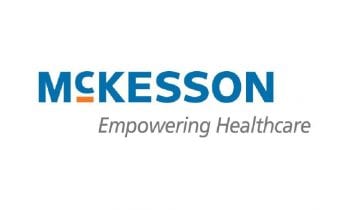 Additionally, for the first three months of the fiscal year, McKesson returned $1.1 billion of cash to shareholders, which included $1.0 billion of common stock repurchases and $71 million of dividend payments. During the first three months of the fiscal year, McKesson used cash from operations of $941 million, and invested $100 million in capital expenditures, resulting in negative Free Cash Flow of $1.0 billion. The company has declared a 15% increase to its quarterly dividend from $0.47 per share to $0.54 per share. On July 22, 2022, McKesson’s Board of Directors authorized the company to repurchase up to an additional $4.0 billion of its common shares. Fiscal 2023 Adjusted Earnings per Diluted Share guidance continues to assume approximately $3.5 billion of share repurchases.