Natural gas futures are soaring on Thursday after the US government reported a smaller-than-expected build in domestic supplies. The energy commodity has reignited its rally after slumping over the last week. Can natural gas prices top its peak of $6.46?

Traders are also bullish on natural gas weather models suggest cooler conditions for the rest of October. This could finally erase the bearish sentiment from the recent mild weather. 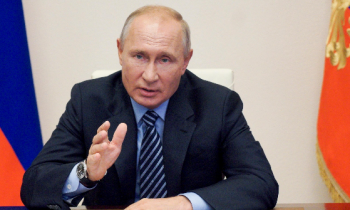 For investors, bulls are anticipating more widespread weather in parts of Asia and Europe early next month. But the market may be waiting for frigid cold shots at the height of autumn.

Bulls are also lifting prices ahead of the expected increase in Russian natural gas supplies. President Vladimir Putin confirmed late last week that the state-owned Gazprom would be pumping more gas into Europe as the continent suffers from sky-high prices and shortages. It is unclear if Moscow will also be transporting more coal in the region as many utilities transition back to the fossil fuel.