Natural gas futures are stalling midweek after a massive single-day rally earlier this week. Natural gas prices experienced huge movement after weather forecasts suggested hotter-than-normal temperatures later this month. Investors might be taking a breather ahead of the US government’s storage figures on Thursday.

September natural gas futures tumbled $0.016, or 0.78%, to $2.177 per million British thermal units (btu) at 16:24 GMT on Wednesday on the New York Mercantile Exchange. On Monday, natural gas prices enjoyed a monumental 10% surge, bringing the energy commodity into positive territory in 2020. Natural gas is on track for a 13% weekly gain, lifting its year-to-date increase to 0.7%.

On Monday, meteorologists predicted that most of the US would experience hotter-than-normal temperatures by the middle of August. The weather forecasts show that the southwest region would endure a dangerous heatwave that reports say could be life-threatening. When temperatures soar, energy demand increases, which is evident in air-conditioning consumption data.

This, of course, sparked a double-digit rally for natural gas prices that pushed them above $2.

These types of market conditions could ease the storage availability trend, at least in the US. Weather models show that temperatures across Europe could see 15 cooling degree days in August. Back home, however, the US government inventory numbers could show dramatic declines in the coming weeks. 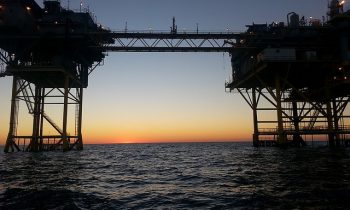 Does this mean natural gas could enjoy a rally next year? Bank of America analysts think so.

According to BofA, all signs indicate a jump: easing pressure on storage levels, renewed energy demand, greater liquefied natural gas (LNG) exports, and global economies rebounding in the aftermath of the coronavirus pandemic.

We expect injections to slow in the coming months to avoid end of season congestion — barring a very mild rest of summer — and thus do not see much further downside to front-month prices from here. LNG demand will ramp up starting September and rise strongly into the winter as Europe and Asia free up storage capacity.