Netflix Inc. (NASDAQ:NFLX) stock rose 0.45% (As on September 20, 11:18:00 AM UTC-4, Source: Google Finance) after Oppenheimer upgraded the stock with an Outperform rating and a $325 price target. The upgrade move comes after Oppenheimer analysts performed a deep dive into the company’s ad opportunity, coupled with the proprietary consumer survey results. “While ad-tier will attract some first-timers, there’s a larger opportunity to re-engage churned subscribers. Among 15% of US churned subs, 43% would re-subscribe at a lower price. Of the 9% who’ve never subscribed, 30% would do so at a lower price. Approximately 70% of current Basic subs would downgrade to ad-tier vs. 55% Standard and 46% Premium,” the analyst said in a client note. The company is seen as being in a “unique position aggregate large audiences and control the timing of series launches for top-tier advertisers, commanding high CPMs.” The analyst believes the Street estimates are conservative and don’t reflect the full ad opportunity. The Street is not yet factoring in the advertising opportunity, and the analyst believe sentiment should improve as more analysts update models. The company is forecasting subscriber net additions of 15M/21M/19M vs. Street forecasts of 11M/13M/19M in ’23E/’24E/’25E, respectively. 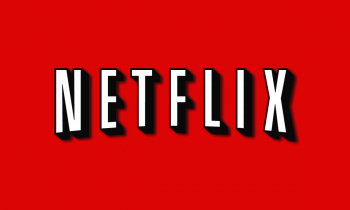 Further, Netflix needs new subscribers, the sooner, the better. After a net loss of 970,000 paid subscribers in the second quarter of 2022, it has to get creative in luring consumers back to the platform. The company expects its upcoming advertising-supported subscription plan to reach about 40 million viewers worldwide by the third quarter of 2023. The streaming firm told advertising executives in preliminary projections that 4.4 million “unique viewers” globally are expected to sign up for the new tier by year-end, with 1.1 million coming from the United States, the WSJ said, citing a document shared with advertising buyers. The unique viewers metric is estimated to be higher than the number of subscribers for the ad-supported Netflix plan, since more than one person in a subscribing household will likely be able to watch the service. Netflix’s projections for advertisers covered a dozen launch markets, including Brazil, Mexico, Japan, the UK, France, Germany, Korea, Spain, Italy, Australia and Canada.

Meanwhile, Net cash generated by operating activities in Q2 was +$103 million vs. -$64 million in the prior year period. Free cash flow (FCF) in the quarter totaled +$13 million, compared with -$175 million in Q2’21. The company is now self-funding. For the full year 2022, the company expects FCF to be approximately +$1 billion, plus or minus a few hundred million dollars (assuming no material further movements in F/X).