Palladium futures are testing the key $2,400 mark to start the trading week, and a new poll of economists anticipate the industrial metal to continue its upward trajectory. Despite crashing amid the market meltdown in March, palladium prices have been on a tear since April. But the situation might be a bit more complicated in the coming months.

According to a Reuters survey, palladium prices are forecast to rise gradually for the rest of 2021. Indeed, analysts and traders have reduced their projections for autocatalyst demand, but years of undersupply could be bullish for palladium. Analysts polled say the palladium market will stay in a deficit in 2021. As a result, palladium is predicted to average $2,050 this year and then $2,138 next year. 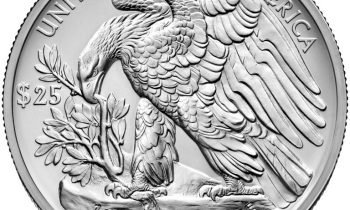 In April, automobile sales plummeted to a 30-year low in the United States, and new car registrations plunged 24.1% year-on-year in June. As demand declined, automakers’ output levels fell, which contributed to palladium’s meteoric drop. Of course, investors also likely liquidated their metal assets. With the US and global economies recovering, analysts say the auto sector is crucial for both metals.