PepsiCo, Inc. (NASDAQ: PEP) stock rose over 1.09% (as of 11:34 am GMT-4; Source: Google finance) after the company posted better than expected results for the third quarter of FY 19. PEP has ramped up advertising spending by 12% this year on campaigns for its Pepsi colas, Mountain Dew, Gatorade and other products. The company has partnered up with stars like Chrissy Tiegen, and recently launched a campaign in conjunction with the 100th anniversary of the NFL. Net income decreased to $2.1 billion in the third quarter, from $2.5 billion a year earlier. The company’s income-tax provision almost tripled, contributing to the decline in profit. 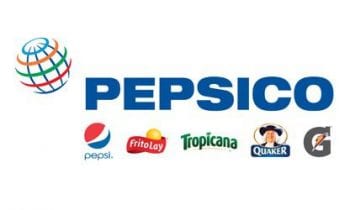 Moreover, for PepsiCo Beverages North America, the company posted 3% organic revenue growth in the quarter, due to solid net price realization, the result of effective revenue management execution. The third quarter growth accelerated sequentially from the second quarter and was on top of 2.5% organic revenue growth achieved in the third quarter of 2018. Gatorade has generated mid-single-digit net revenue growth and improved sequential market share performance. Innovation is the key factor for Gatorade’s performance, led by Gatorade Zero, which has surpassed $0.5 billion in retail sales since its launch in May of last year. And the company had recently launched Bolt24, a new functional beverage that supports athletes around the clock by providing advanced all-day hydration.

The company has benefitted from improved local market focus and execution due to the streamlined field structure, increased go-to-market capacity and significant stepped up advertising support and innovation.