Vertex Pharmaceuticals Incorporated (NASDAQ: VRTX) stock lost over 1.3% on 31st October, 2019 (as of 9:55 am GMT-4; Source: Google finance) after the company posted mixed results for the third quarter of FY 19. There has been 14% increase in the Non-GAAP net income compared to the third quarter of 2018, on the back of strong growth in total product revenues, and was partially offset by increased operating expenses and income taxes. At the end of September, the cash, cash equivalents and marketable securities were $4 billion, which is an increase of approximately $800 million compared to $3.2 billion as of December 31, 2018. 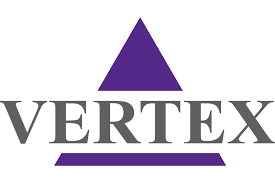 VRTX is now enrolling a Phase 3 study of Trikafta in children ages 6 to 11 years. Outside of CF, the company is entering a period of significant data generation and clinical development progress. The company anticipate multiple important clinical data readouts from its pipeline beginning later this year and the progression of multiple molecules into Phase 1 and Phase 2 studies throughout 2020. In sickle cell disease and beta thalassemia, the company intends to offer the first clinical data from the Phase 1-2 studies of the novel gene editing therapy CTX001 later this year with the partner Crispr Therapeutics. The data that the company plans to disclose will include measurements of safety and efficacy for patients with beta thalassemia and sickle cell disease treated with CTX001.

In 2020, the revenue growth is forecasted to be on the back of treatment of new minimal function patients and overtime the company anticipates a vast majority of the 6,000 new minimal function patients will be treated with Trikafta. The company also expects that a significant proportion of patients currently on Kalydeco, Orkambi, or Symdeko will switch to Trikafta over time. Further, the company plans to obtain broad reimbursement from both commercial and government payers in the US similar to the company’s experience with prior CF medicines.