The company posted lower than expected results for the third quarter of FY 20 citing the sale of noncore assets like Cost Plus World Market and ongoing store closures that are part of its bigger turnaround plans. For the third quarter that ended Nov. 28, Bed Bath has reported a net loss of $75.44 million compared with a loss of $38.55 million, a year earlier. Same-store sales for its entire business, which includes Buy Buy Baby and Harmon Face Values, rose 2%. Digital sales grew 77% from a year ago, driven by the online growth of 94% at Bed Bath’s namesake banner. Same-store sales, which track sales online and at Bed Bath stores open for at least 12 months, were up 2%, driven online demand from shoppers. Bed Bath gained 2.2 million new digital customers during the third quarter, with 36% of its digital sales fulfilled by stores. Sixteen percent of e-commerce purchases were picked up by customers in stores. 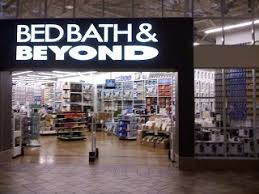 The company expects same-store sales during its fiscal fourth quarter to be about in line with a year earlier. Net sales are estimated to be lower by a double-digit percentage, due in part to ongoing closures, the company said. The Analysts had been expecting for a 6% drop in sales, according to Refinitiv. Bed Bath had laid out longer-term financial targets in October calling for same-store sales to be “stable” in fiscal 2021, and rising in the low-to-mid single digits by 2023.